Today’s Catalogs – What Katherine White Might Think of Them

Onward and Upward in the Garden by Katherine S. White is often recommended as the prima book about 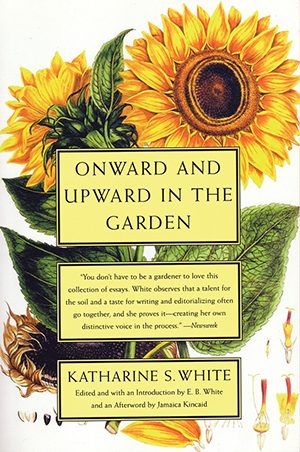 gardening. Readers seeking to grow the perfect zinnia or tomato might be disappointed; there’s not a lot of information about how to grow things successfully, or what it feels like to be in the garden. White was really a literary critic, and her book is more a close interpretation of the seed catalog genre than a guide to growing things. It is a model of elegant writing, that didn’t come easily.

White, who died in 1977, at 84, edited fiction and nonfiction at the New Yorker from 1925 to 1960. She was known, and feared, for her high standards. As her husband says in his touching introduction, she was a tough editor on herself as she composed these columns for the magazine between 1958 and 1970.  (The sainted E.B. White, author of Charlottes Web, was her second husband; the sainted Roger Angell, New Yorker baseball writer, is her son.)

With all the toil and rethinking, her voice is bold and sometimes stern about the seed- and plant-catalog world. One of her major principles: change for the sake of change is pointless. Why breed a dahlia to produce a blossom resembling a cactus flower?  Why does Burpee perceive the white marigold as the holy grail?

(What I think of as Burpee-ism, by the way, is the promise that what you plant will astound and amaze your neighbors – with the implication that they will burn with envy at your oddly striped petunia or gigantic tomato. This year’s Burpee catalog tones it down. The often repeated new word is “enchanting.”  Especially enchanting is their  fairy garden complete with a little bridge and a tiny gazing ball. )

Looking over this year’s catalogs and what they offer for us North American gardeners to grow this summer, I wonder what Katharine White would make of them. Does what’s on offer in 2018 say something about the way we gardeners have changed, 40 years on?

She would be bemused, I bet, by the appearance of some totally new things like the Asian greens – Sharaku Komatsun, for example, or Saltwork Okahijiki.

And she’d be surprised at some changes. Why have the lettuces turned red? (The color red was not welcome in her garden, except for tomatoes; she was dismissive of salvia, coleus, and cannas.) Though White would have been familiar with the classic red oak leaf lettuce, now she’d see catalogs offering “Blushed”, “Flashy”,  “Merlot,” and “Really Red Deer-Tongue Butterhead.” She would find unacceptable the romaine “Outredgeous. “ And kind of disturbing this description of “Marshall” – “gazing into the heart of this romaine is like falling into a burgundy abyss.” (Territorial Seed.)

Salads, she’d note, are going to be flashy. One of the many darkly hued tomatoes is “Chocolate Stripes,” which is  “mahogany red with lime to deep green stripes.” “Piglet Willie’s French Black”, “dark red with chocolate shoulders,” does sound beautiful but its name would be a disqualifier for her.  There’s an Indigo series, which is  “changing the face of the tomato world.” It includes a cherry tomato named “Indigo Blueberries.”

And there, in the dark blue cherry tomatoes is the reason for all this indigo intensity. Blue or very dark red, almost black, in a fruit or vegetable indicates the presence of anthocyanins – a term probably not tossed around outside of university botany departments in the 1960s. Belief in the potency of anthocyanins has caused us to spend a day’s wages on a small carton of blueberries or $3.95 for 20 seeds of “Indigo Blueberries.”

We seed-buyers in 2018 seem to have more of an obsession with our own health than gardeners of White’s era. Some scientists believe the presence of anthocyanins protects against a number of human diseases, though that is not definitively proven. Proponents say it acts as an anti-oxidant and engages in free- radical scavenging –  truly seductive to imagine something at work inside scouring your free radicals. 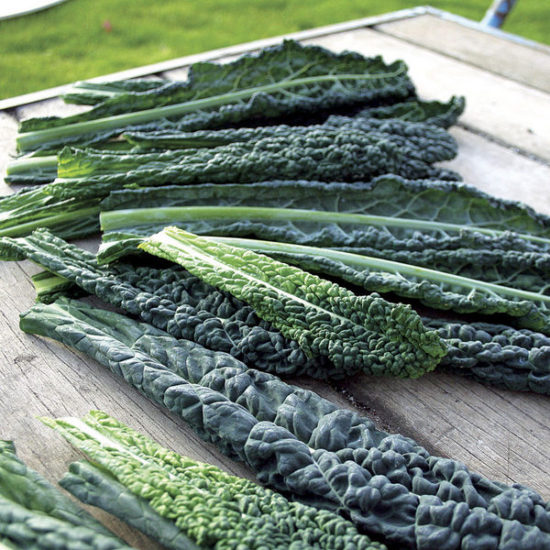 White might also ask, what’s with all this kale? “Black Magic,” Red Russian.” Lots of magentas. To me, magical thinking is that kale is edible. (Kale doused with olive oil and baked into chips is edible. For kale to work in a salad the leaves must be de-ribbed and then hammered into submission, or marinated until its tough cell walls give a little. I don’t know why people don’t admit this.)

White was a stern classicist about other garden writers, admiring, for instance, Francis Bacon and his 1625 essay “Of Gardens.” Contemporary (1960s) writers she reviews (also collected in Onward and Upward) she finds sentimental and moralistic.

To her great credit she discovered and adored the late Will Tillotson, who ran Roses of Yesterday. A fun pilgrimage would be to the University of California Santa Cruz’s special collections where his diaries and catalogs are collected. I’m pleased to note that a woman named Guinivere Wiley and her husband Jack are still running a version—now called Roses of Yesterday and Today.

Zinnias in the Burpee catalog

In the seed catalogs of today, as in White’s era, flowering annuals are usually tucked in at the back, except for Burpee. The choice seems narrow in the super-organic catalogs – not much more than alyssum and cleome. (Burpee, though, has 19 zinnias, including cactus and dahlia forms.) Sunflowers are approved of by the purely organic sellers because the seeds are edible. Anthocyanins can be extracted by grinding the sunflower husks. Whoa, not worth the trouble.

We are urged by many catalog writers to grow flowers not for their own sake but as vegetable enablers. Several catalogs offer a mixed packet of seeds for high-nectar and pollen-producing flowers designed to attract bees, whose presence “means your veggies will have plenty of pollinators to keep the yields at maximum.”

It would strike White as odd that gardeners today are anxious about bees. Her groomed, cultivated acres in Maine were surrounded by meadows. The state’s roadsides were bursting with pollen-rich summer wildflowers.

(Our concern could be because we worry about feeding the world 40 years from now when there are fewer bees and 10 billion of us.)

In her garden, with no weeds (she had help) and a few gourmet bees, White replanted tulip bulbs every autumn. When the tulips bloomed in May, she brought them in (all pastels, no doubt. No red. And no peony-flowered.) to create lovely, impermanent, inedible combinations for the dining room table.

Constance Casey, a former assistant gardener in the New York City Parks and Recreation Department, has written on natural history for Slate and Landscape Architecture Magazine. She gardens in Old Chatham, New York.