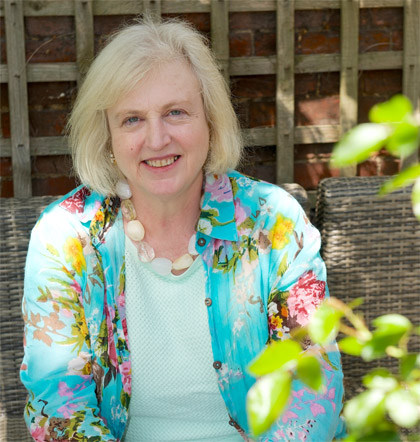 recently described what she calls YouTube Gardening in this post  on her blog The Middlesized Garden. Like me, she complains about there not being enough good gardening videos for her readers – even there in a lively gardening culture like England’s!

She wrote that “the YouTube gardening scene currently seems dominated by the US, Australia, Canada and India/Pakistan. They’re interesting and often useful channels, except when the weather is too different.”

Which is exactly my complaint – in reverse – because searching on YouTube produces a preponderance of videos from British television, usually with Alan Titchmarsh.

So to learn more about what videos pop up for YouTube searchers from England, and more about this interesting woman, I suggested to Alexandra that we Skype, and she was all-in.

From left, Katie at Lavender and Leeks; Tanya at Lovely Greens; and Sean James Cameron

According to her, what the English do find on their YouTube searches are lots of allotment (community garden) videos because allotments are a big deal there, and “cool.” (There are TV shows about allotments and even allotment competitions!) One allotment YouTube channel she likes is  Lavender and Leeks. I checked it out and noticing that some are 30 minutes long, I imagine that Brits have longer attention spans than we do.

She also likes videos by Charles Dowding, who’s famous for his no-dig gardening technique that’s based on his own research. And of course BBC’s Gardener’s World is great, though it doesn’t seem to be available anywhere for us deprived Americans – even on BBC America.

Finally, she recommends the Royal Horticultural Society YouTube Channel, which is so exhaustive, it posted 14 hours of coverage for last year’s Chelsea Flower Show. (More proof of the superior attention span of the English?)

Moving on to the not-so-great on YouTube, I heartily agree with Alexandra here:

There are lots of videos which are essentially slide shows with music, often called something like ’20 Small Backyard Garden Ideas.’ There are also channels where people peer fuzzily at the lens and lose track of what they’re saying. They wave the camera about so much that it’s like viewing a garden from a small boat being tossed in a storm. All very like some of my own videos admittedly…

But I don’t believe that last self-deprecating bit because I’ve seen her own year-old YouTube channel, and her videos are delightful. They include a Middle-Sized Garden of the Month, and monthly tours of her own garden, somewhere in England that’s equivalent to our Zone 8. Looks damn good for February 1!

She records the videos on her phone, with one external mic and another to use indoors for voice-over, and edits in Adobe Premiere Pro. About her videos she told me “I lost my nerve for about six months” but “rediscovered my mojo” thanks to encouragement from no less than Monty Don himself! (She was able to chat with him at an event for his newest book.)

Alexandra is very multi-media, with her 9 novels and 10 nonfiction books, her garden blog, freelance writing, plus coaching others in writing/blogging. Video came next for her because it’s “an important part of building a brand.” She’s also a fan of blogs because unlike Facebook, et cetera, blogs are something the creator actually owns.