My Make-over of a City Center Garden 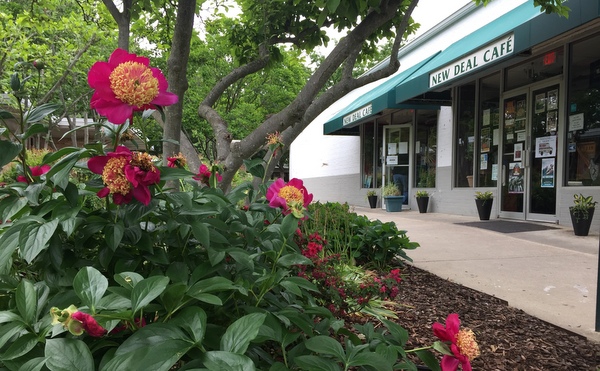 People in my town routinely pass this garden spot as they walk from the parking lot to the town center (appropriately named Roosevelt Center, since the town was built as a New Deal works and housing project). 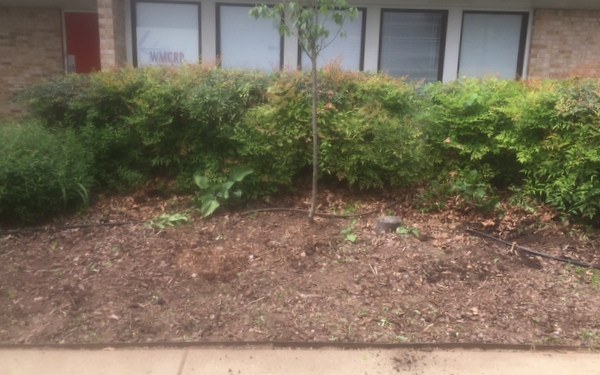 But walk a few more steps and just before reaching the Center you see this pitiful sight – only imagine the bare space covered in weeds most of the year. Besides weeds, there were established Nandinas and some sad, crispy hostas and a hydrangea, left over from a shadier era before the first tree there died.

Why the weedy mess? Because the city stopped using herbicides without having an alternative weed strategy.

Avid gardeners will understand my reaction to the high-visibility weed patch, which was to get SO sick of the eyesore that I finally adopted the spot. I did it not guerrilla-style, but with the permission of the city’s director of horticulture, who immediately saw the adoption as lightening his crew’s workload. 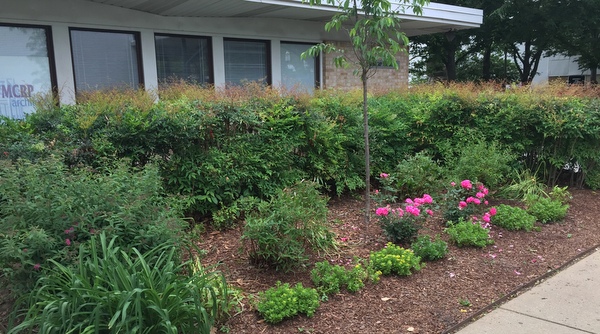 So here’s the first stage of the much-needed make-over, with two Anthony Waterer Spireas the city let me move from a spot they weren’t noticed, two pink single Knockout roses that’ll stay 3′ tall or so, some free Phlox and Siberian iris, and in front, several clumps of of Sedum takesimense from my garden.

I have high hopes that the Sedum will do what it does so well – fill in so quickly and thoroughly that nary a weed will ever land on it and germinate. A green mulch to end the cycle of weeding and mulching.

Before the Sedum spreads to fill in the space, though, it needs protection from foot damage.  A city gardener once told me that if it’s convenient for people to step on plants in public areas, they will. His preferred plant-protection scheme is to use stones, the bigger the better, and I’m on the prowl for some free stones to install among the Sedum.

Like most public gardens, this one will take some abuse – maybe plants getting st 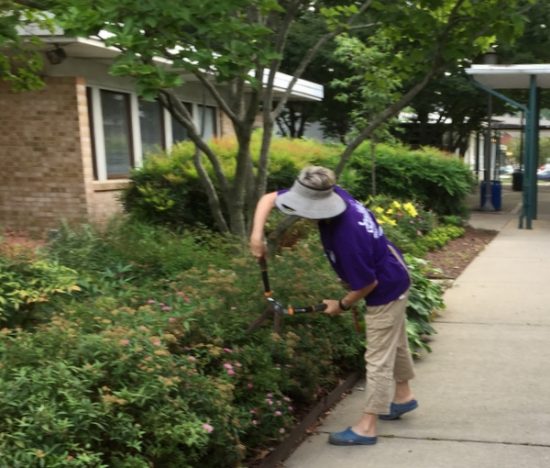 epped on (though hopefully not stolen), and definitely cigarette butts and other trash being tossed on it. But in the few weeks I’ve been watering this garden  and pruning the many overgrown Spireas nearby, I’ve loved the passersby and their questions, even “Do you know what you’re doing?”

The question I hear the most, though, is “Why are you doing this? Are they paying you?” The incredulity on their faces reminds me that we gardeners are really a tribe apart. You guys know why I’m doing it, right?