North Beach, Md. – from Gambling and Gangs to Gorgeous Gardens

This week I visited North Beach, Maryland on the Chesapeake Bay, about 45 minutes from my home. I hadn’t been there since the 1980s, when I remember it as rundown and generally depressing.

A little research into the town’s history explains why. From Wikipedia:

The town was a gambling mecca for summer visitors from the Washington, D.C. area during the 1940s. In the 1960s and 1970s it became a destination for motorcycle gangs.

Sounds about right. But with post-hurricane rebuilding and a new mayor in 1999 came all sorts of revitalization, especially beautification through civic landscaping. 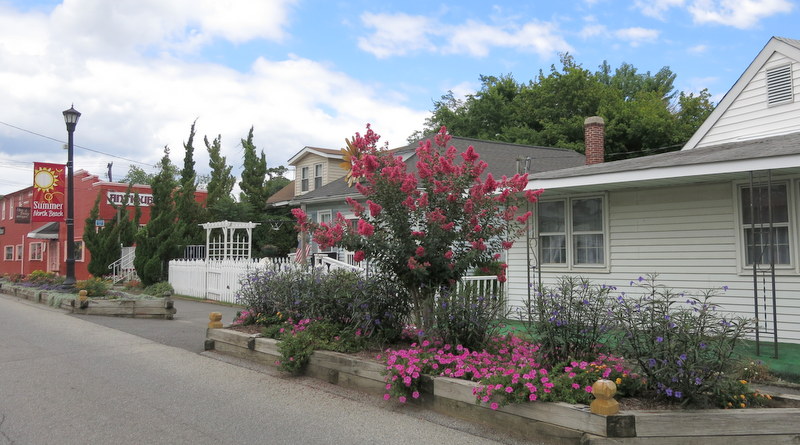 The bike path along the boardwalk got my attention with its stunning planter boxes, which use a different theme every 60 feet. 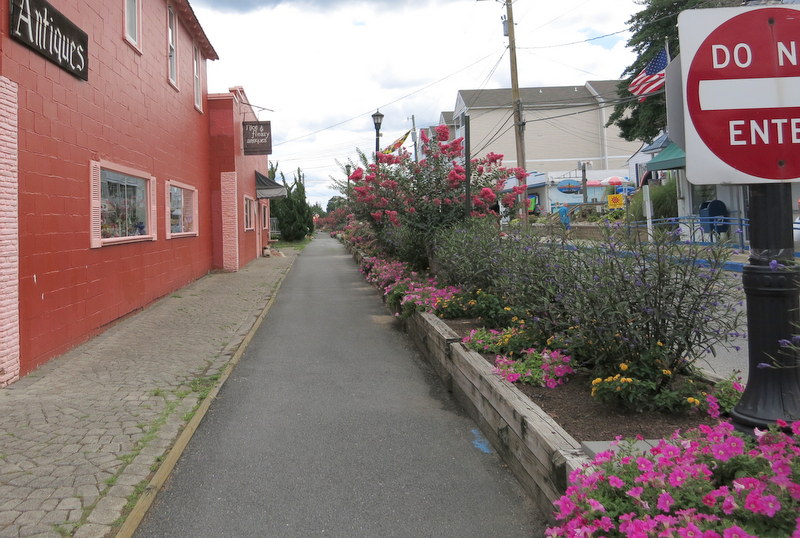 I’m not sure how far this bike path goes but it’s so pretty, I want to bring my bike next time and find out. 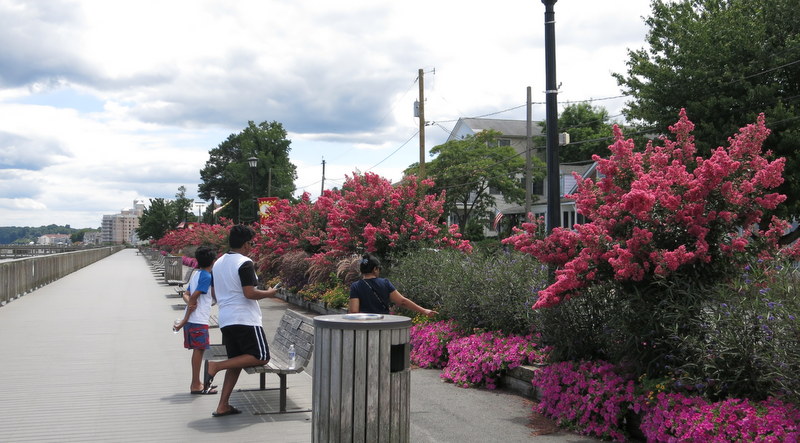 When people pose for selfies with plants, town planners are doing something right. 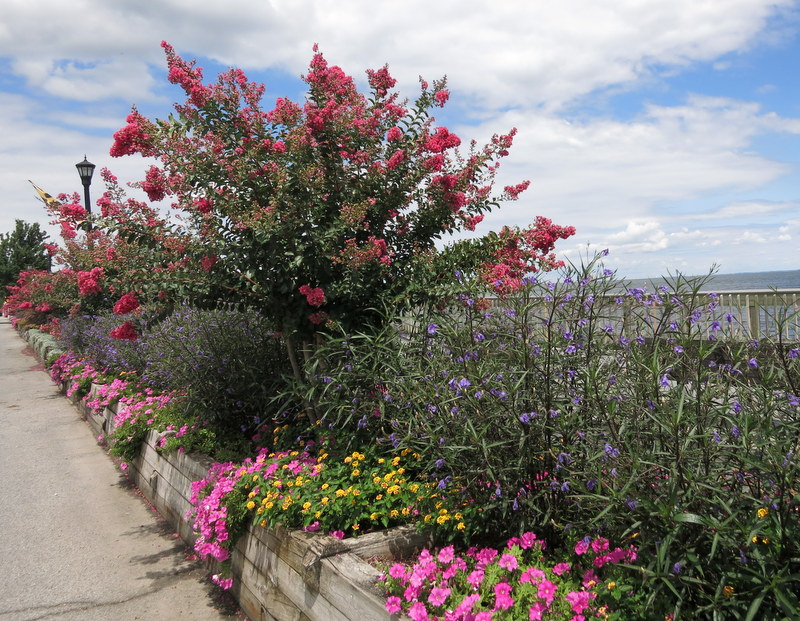 Here’s a view toward the Bay. 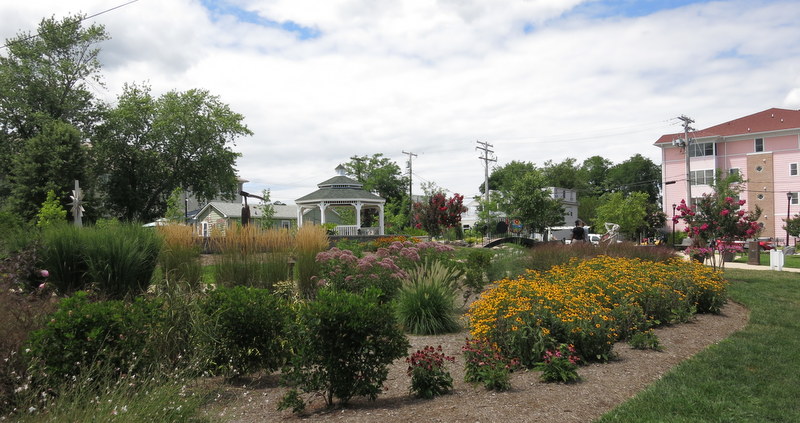 Even more impressive is Sunrise Garden, a park at the main intersection in town. It’s a great example of civic landscaping that’s eco-friendly; it’s been certified as Bay-Wise. 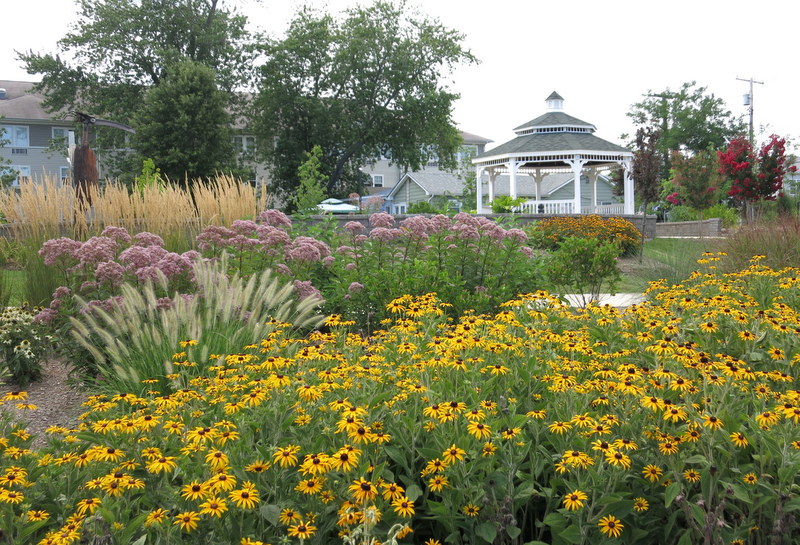 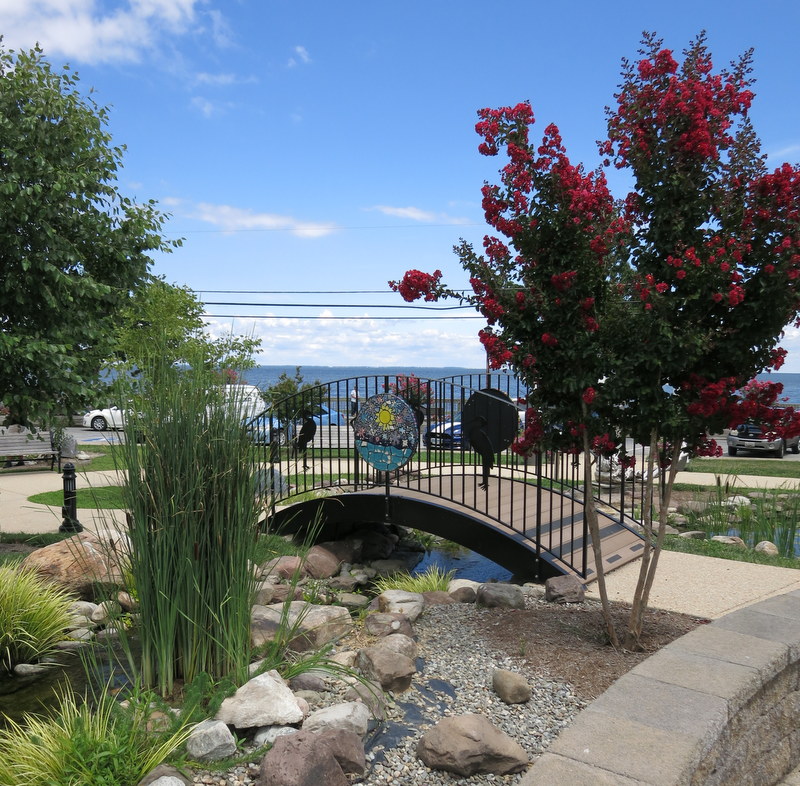 This year North Beachers are excited to be in competition with just three other small towns in the U.S. (population less than 3,500) for a big America in Bloom award and all the bragging rights it could bring. I sure wish I had a vote.