Quit throwing out the scary stuff: compost it instead! 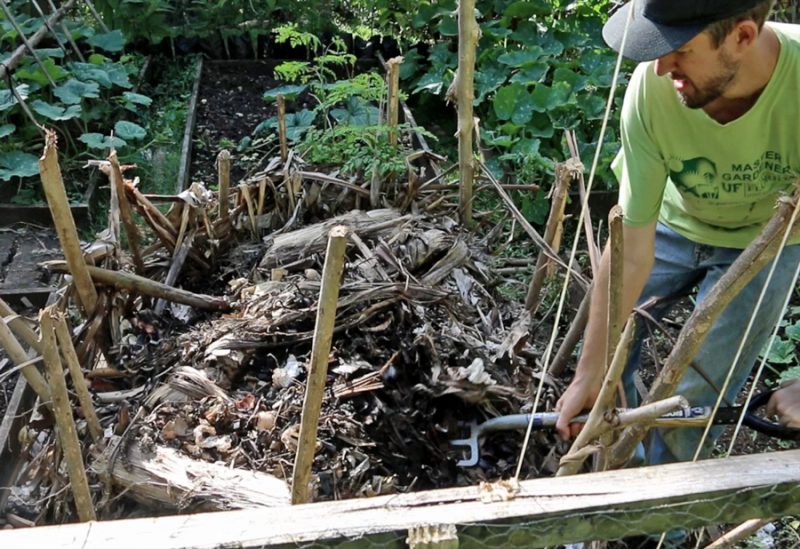 Guest Rant by David The Good

As I emptied buckets of human waste into a bin filled with red wigglers, the realization hit me: I had reached peak compost.

This was it. Eggshells and hair were just gateway drugs.

Later I got into the hard stuff: moldy lasagna, spoiled stew, roadkill… And now here I was in the freezing cold, feeding sewage to hungry worms living in a derelict fridge-turned-compost-bin filled with espresso grounds, office paper shreds, produce stand wastes, the neighbor’s leaves and beautiful, amazing humus-in-progress.

I don’t know about you, but I get sick of all the publications telling us what we CAN’T compost. Nature composts almost everything, right? If a bear leaves a dropping in the woods, does someone come along and put it in a landfill? When a possum gets nailed on the railroad tracks, does Mother Nature show up with gloves, bleach and plastic bags to take the corpse away?

Yet here we are, making lists all the time. “No paper! No oils! No meat!” And then we go out and buy fertilizer and compost for our gardens. Not me! Instead of giving in to rank commercialism and nail-biting of other garden writers, I pressed on and figured out how to compost every bit of organic matter passing through our household.

From Steve Solomon I learned the Native American practice of burying slaughter wastes and feces in pits, then planting squash, corn and sunflowers over them. It worked like a charm and I didn’t have to feed those crops all season. From Joseph Jenkins I learned a safe method of composting human waste and returning it to the soil instead of into the inefficient and water-wasting municipal sewer system. From Paul Wheaton and Sepp Holzer I learned how to bury tree trimmings in hugelkultur mounds and increase soil fertility and moisture for a decade or more.

And I did a ton of experiments on my own that proved just how silly the rules were – and I’m still experimenting. So what if you don’t get your C/N ratio correct? It’s better than throwing out that organic matter!

After ten years of pushing the envelope, I composted the envelope itself and wrote a book on extreme composting. Too many of us are scared because of well-meaning publications telling us what we can’t put in our compost pile. Nature isn’t so picky. Just throw it on the ground! (Or in the ground!) There are safe ways to compost almost everything. Learn them and just do it.

Your local landfill will thank you.

David The Good is the author of Compost Everything: The Good Guide to Extreme Composting and the creator of the daily gardening site TheSurvivalGardener.com. His hobbies include memorizing Latin names and confusing Master Gardeners. Check out his popular YouTube channel .