In remembrance of Allen Lacy 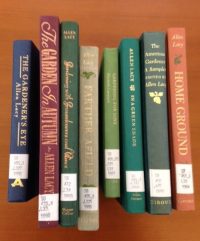 Sometimes a death can spark a renaissance and I am hoping that will be the case with Allen Lacy who died on December 27th at age 80.   I never knew him well – we spoke over the telephone on a number of occasions and I remember running into him once at some gardening event.  I cannot, alas, claim him as a friend or even a mentor — but his work was a huge inspiration to me.

His columns for the Wall Street Journal (which ran from 1979 to 1985) and his 1984 book of essays, Home Ground, charted a new direction in garden writing.  Previous to Lacy, American garden writing had limited itself largely to the how-to.  Lacy set out to examine the where, the why and, especially, the who.  Although he was a passionate plantsman, Lacy understood that gardens are largely about context, that an array of plants is interesting not just in itself but equally for what it says about the dreams and attitudes of the person who nurtures it, and for how it expresses the latent potential of the place. 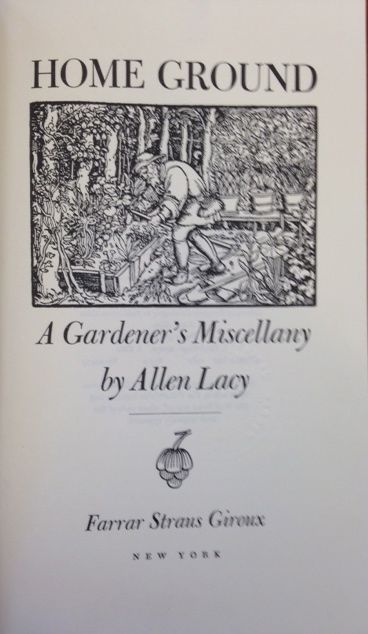 Lacy had a reporter’s eye for the telling detail and a novelist’s grasp of character and dialogue.  He could (and did) transform articles about a seemingly mundane subject such as privet hedges into a meditation on elitism (his own as a gardener) and the disregarded charms of a too-common plant;  a description of his ramshackle garden shed led neatly to a tongue-in-cheek essay about the use of ruins in 18th-century romantic gardens.  My favorite pages in Home Ground are the five devoted to watermelons in which Lacy revisits the Texas of his childhood and recalls an extempore sermon his grandfather delivered on the divine justification for the seasonal nature of fruits.

The author or editor of some dozen books, Lacy last published, as near as I can tell, In a Green Shade, which dates to 2000; if any reader knows of more recent work, I would love to hear about it.  In the meantime, I urge you all to seek out his books and indulge.  You won’t be disappointed.