In Defense of the Undefensible Hackberry 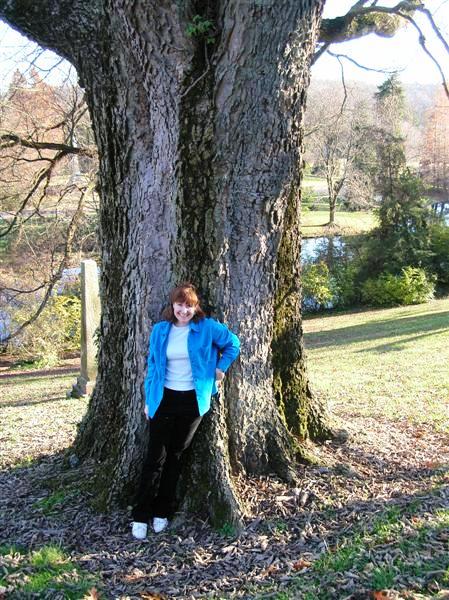 Beauty and the Beast: Michelle Beuerlein and the common hackberry in Spring Grove Cemetery and Arboretum in Cincinnati, Ohio.

Long ago, in the early days of internet gardening chat groups someone started one of those “Best Ten Trees” discussions. I was approaching the apex of my rare-plant geekdom, and so I earnestly jumped in and argued for all the right things—Stewartia, two or three obscure Japanese maple cultivars, probably a Halesia, and then an oak or two just because. Others did more or less the same thing, all of us impressing each other with our carefully groomed tastes, countless past visits to top public gardens, and our encyclopedic grasp of Dirr. Things were going according to schedule.

Then everything blew up. Some guy did the unthinkable. He—and I remember this like it was yesterday—stated that he thought hackberry should be considered. Even now I struggle for the right words to describe the thoughts and emotions that immediately overcame me. Incredulous? Appalled? Gobsmacked? All I know is that after too short a recovery period my fingers clattered all over the keyboard and sent this spilling out into the world: “Hackberry? Have you ever seen a hackberry? Have you ever seen a tree?” What followed, of course, was a flurry of the kind of squabbling that only the semi-anonymity of the internet allows. In the end, the pro-hackberry contingent (a tiny minority) and the anti-hackberry mob (everyone else) more or less agreed to disagree. 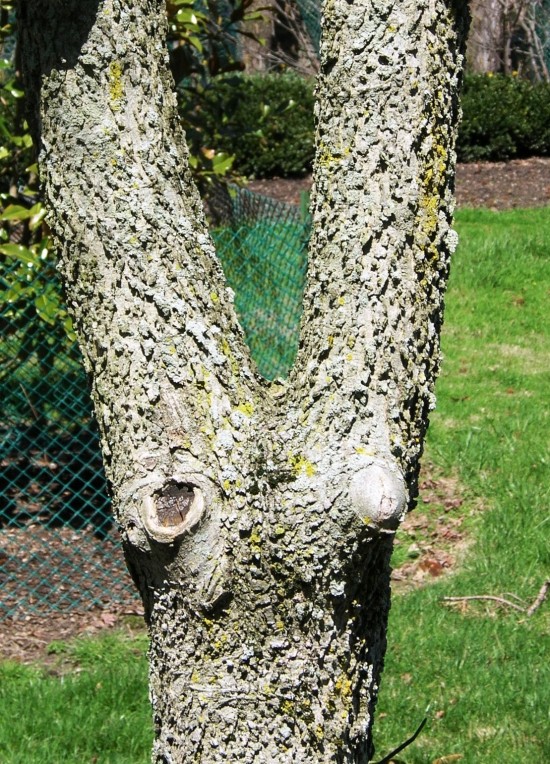 Bark on the common hackberry.

The common hackberry is of course just that. Common. If it were to appear in a Dickens’ novel, it would do so as a street urchin. If it were in a 1970s TV crime show, it would be a hooker.  In a fairy tale, an ugly duckling would be its calling. In the landscape, hackberries are probably best known for their coarseness, their ubiquity, and their ability to grow out of an old toilet in the rubble where a crack house burned down. Hackberry leaves are pocked, puckered, pimpled, and even in the peak of health are a sick yellow-green. In the fall, they change to a color that makes you think the patient took a terrible turn for the worse. The bark is warty and rough. No fun to brush against, and an outright nightmare to cut up into logs. Its form somewhat resembles the writhing, tortured souls in Dante’s depiction of Hell. It’s the kind of plant that normally carries the specific epithet of vulgaris, because that about best describes it, but it’s actually called Celtis occidentalis. A loose translation: “Meh, the trashy American form of the trashy tree Greeks call Keltis.”

But here’s the thing. Humbling as it is to admit, the extreme state of being incredulous, appalled, and gobsmacked I had felt when that stupid guy said that stupid thing on the internet was matched a few years later when I—the vaunted rare-plant geek—stood slack jawed looking up at an enormous, grand, majestic beauty of a hackberry in a vestige old-growth savannah outside of Bloomington, Illinois.  Like the gawky, pimply, nerdy girls from High School whom not a jock could name in the cafeteria who winds up breaking hearts at the Ten Year Reunion, hackberries just need a little time. It occurred to me on my long ride home from Illinois that it is invariably Dickens’ street urchin who turns out to be the hero; that the 1970s crime show hooker always has a heart of gold; and in fairy tales it is the ugly duckling that becomes a swan. 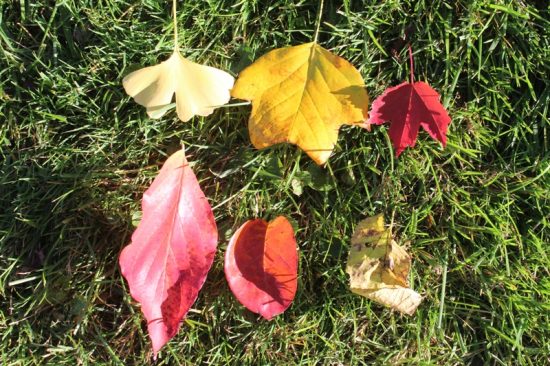 I have to admit that even now, years later in my day to day life that I’m never overwhelmed by the beauty of hackberries growing along railroad tracks. Nor do those that grow from the cracks in the crumbling parking lots of long abandoned chemical factories move me to go buy one, but I can at least envision their potential. I’ve come to appreciate their scruffy toughness, and I really admire their incredible value for wildlife, serving as they do as a life source for countless species of insects and birds. Maybe the only such source in some of the most hopeless places.

If I were a politician, I suppose I would have to keep all this to myself and cling tightly to my original pompous position for fear of being accused of having waffled. I’d have to ignore my life changing experience and rigorously repress any intrusion of wisdom. I’d go on mocking hackberries in public, kissing chlorotic little Stewartia babies, smiling, shaking hands, and never once feel dirty about it. Thankfully, I’m not a politician. I’m just a horticulturist with callused hands, ruined knees, and an excess of attitude. And while I’m not going to plant a hackberry in my yard anytime soon, I’m glad that hackberries are a part of my everyday world. And somewhere out there in America, I trust, there’s still that guy, hopefully in good health, who once blithely tossed a differing opinion like a grenade into a chat room full of geeks.  I’d love to sit down with the dude, buy him a beer, and learn what I could about boxelder and poison ivy.

Scott Beuerlein is a Horticulturist at the Cincinnati Zoo & Botanical Gardens, working primarily on educational symposiums, trialing, and outreach. He is Chair of the Taking Root tree planting initiative and President of the Cincinnati Flower Growers Association. His home garden, after four years of editing, is only now recovering from years of crazed collecting and over-planting.