A Pill Box Hat and the Jackie O Plant

Today’s Guest Rant by Irvin Etienne takes us down memory lane to a happy rediscovery.

I recently got back a plant that I killed several years ago. Not THE same plant. Just to be clear. But the same species and cultivar. I had Googled it, of course. It never showed up anywhere. I figured I was destined to live without it. Another plant lost to the compost pile of life.

To be honest I could barely remember what the flowers looked like.  It was a plant you grew for the flowers. Pink? Yes. Pink. To my great surprise and delight the fates brought it back to me on my trip to Portland, Oregon this summer.

Why did I want it so badly if I remembered so little about it? Plus I had killed it. Twice. The first time a small plant that my good friend Terry propagated for me. The second time the mother plant itself after she gave me it. Neither made it through their first winter under my care. I kill a lot of plants. I sort of believe you have to kill a lot of plants to get good at growing a lot of plants. But that’s another story.

I wanted this plant because of its name. Yea, I know. We are supposed to want plants for their incredible aesthetic qualities or edible deliciousness or workhorse abilities. But let’s face it, I’m not buying Caladium ‘Frog in a Blender’ just because it’s pretty.

The plant that settled into my brain was called Abutilon ‘Jackie O’s Lipstick’. If you are uncertain who Jackie O is then perhaps you know Jacqueline Kennedy. Or Jackie Kennedy. Or Jacqueline Lee Bouvier Kennedy Onassis. Onassis providing the “O” in Jackie O.

I was born the same year her husband John became president. That meant Jackie O was part of pop culture from the minute I arrived in this world three months after his inauguration.  Storybook wedding and perfect bride. We didn’t know about those affairs. Fashion icon in the 60‘s (Pill box hat anyone?) and beyond. Tragic assassination. Shocking marriage to Greek tycoon Aristotle Onassis. Following his death, she continued to live life with grace and dignity. 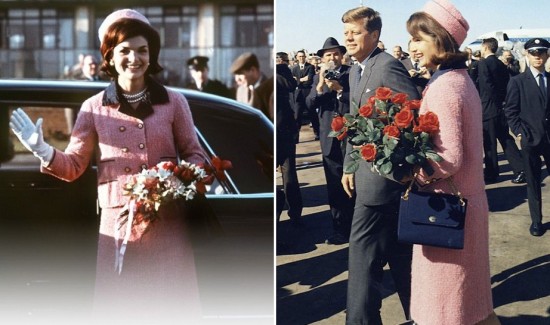 I purchased my first cow as a week-old calf in 1974, bought from a neighbor with money partially earned from selling my ticket to a high-school basketball tourney. I named her Jacqueline. I did my teenage best raising her on the bottle with a diet of powdered milk replacer. Similac® for calves, so to speak. Three years later she gave birth to her first calf, a heifer I named Caroline, of course. 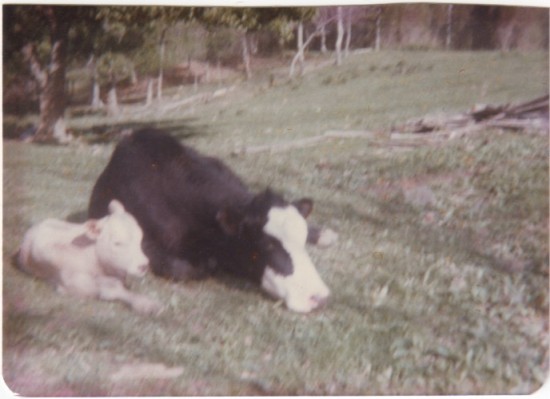 Her other daughters included Kennedy, Bouvier, Lee, and Onassis. I went off to college at the age of 28.  I needed money. I slowly sold my herd to a brother. By graduation I had only one cow left, Jacqueline. She lived several years beyond her reproductive life. Death due to old age. She was spared becoming a Hamburger Helper meal. I wailed in Biblical proportions and cried off and on for three days.

And so the summer of 2015 and my reacquaintance with ‘Jackie O’s Lipstick’. A summer of good highs and some shitty lows. Several weeks before finding Jackie O (the plant), again, the neighbor from back home, from whom I bought my Jacqueline, died. More than just a neighbor, he and his family were important friends for decades, so it was like losing a chunk of my heart and soul. I did some more wailing.

This was my second trip to Portland as a speaker at the FarWest Show, a green industry trade show. While attending my first FarWest I met Lloyd Traven and he went from being a Facebook friend to being an actual friend. This year Lloyd took me on a day-trip with him to visit nurseries. As fate would have it, one was a place called Xera Plants. Owners Paul and Greg ( like so many in horticulture) were generous with sharing their time and knowledge. As we were looking about their wholesale/production site we went in a house with abutilons in it. There was a great orange-ish one with large outfacing flowers called ‘Smoked Salmon’. (I will have that plant some day.) Another was a pink. I glanced at the tag and could hardly believe what I read. ‘Jackie O’s Lipstick’.

I was beyond shocked. Here I had been unable to find this plant for years then suddenly I not only find it but I am standing with the two men who bred it. I had to ask if I could get one. I was so uncomfortable. These were people I had just met. Nothing priced. No reason for them to be accommodating to a stranger from Indiana. But they gave me one. 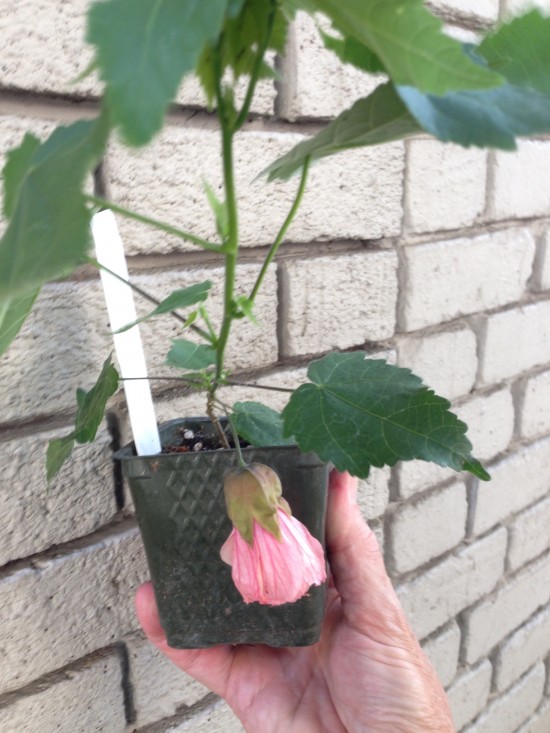 This was almost too good to be true. I’m thinking these guys could be my new best friends. It made my whole trip. I told just about everybody about finding it again. I was giddy slightly beyond reason. 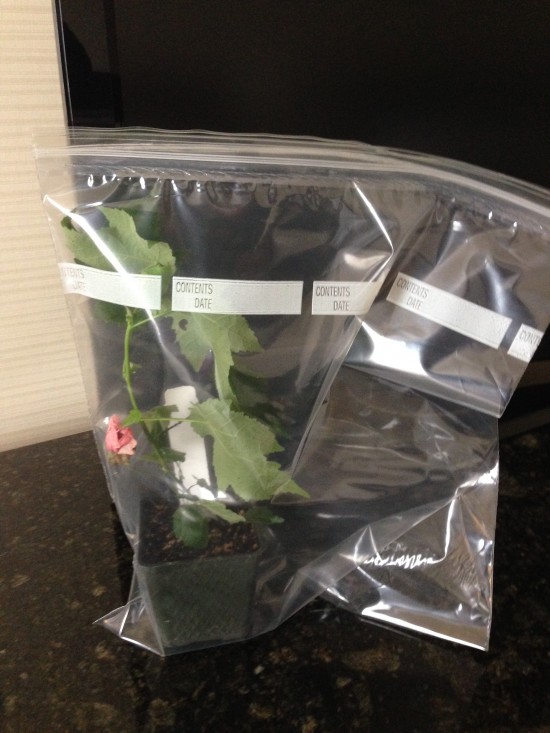 I think about this plant now and it turns out ‘Jackie O’s Lipstick’ is more than a name after all. It’s a story. A story of friendships old and new. A story of growing up in a different world and time. A story of coming into one’s own and creating the life they want. A story of an evolving life.

Irvin Etienne is the Horticultural Display Coordinator at the Indianapolis Museum of Art where he has worked over 20 years. He helps the horticulturists with their plant selection and garden design, as well as designing and maintaining his own areas. While working in the 152 acres of the IMA gardens and grounds requires knowledge and skill with woody and herbaceous plants, Irvin lusts for and loves the tropical species most of all. He is the recipient of Gold and Silver awards in Electronic Media Writing from the Garden Writers Association for his blogging at the IMA. In his own garden everything from cannas to eggplants to magnolias coexist in a lush jungle fed by manure from his own rabbits and chickens. Obviously a product of the Midwest, Irvin could be considered, a simple farm boy who likes shiny, sparkly things. And is easily distracted.