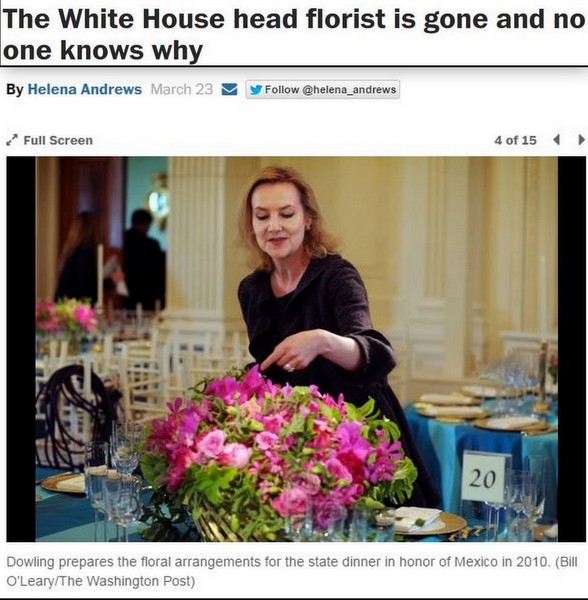 First there was news that head White House floral designer Laura Dowling had left her job a few weeks ago, with no fanfare, and no one knew why.  There were reports that she’d actually been “escorted off the grounds”!

Two days later the Washington Post’s gossip-column had an update – about a clash between Dowling’s French-schooled style and Mrs. Obama’s preference for  more modern styles. The story quoted “several sources” as saying Dowling left because her “fussy style was not in line with the first lady’s emerging modern and clean aesthetics.” Ouch! What floral designer wants their work to be called “fussy”?

Funny that I saw Dowling so recently at the Philadelphia Flower Show (reported here), where she was introduced as the head White House floral designer, a position we now know she’d left several weeks earlier.  Awkward! 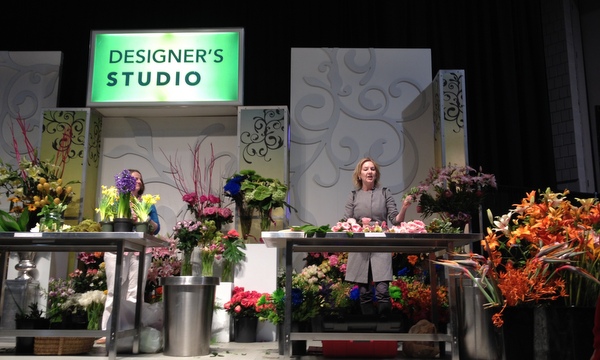