As I contemplate the task of plowing the driveway, I find it hard to see anything appealing in last night’s snowfall.  It seemed to me that we already had plenty of the white stuff, with a blanket some 14 inches deep.  However, I’m trying to console myself with the thought of all the benefits this stuff has for the garden.

“Poor man’s fertilizer” is what the old Yankees called snow and there is considerable truth to that expression.

Snowflakes as they form and fall absorb nitrates from the atmosphere and then release these nutrients into the soil as the snow melts.  Much is lost with the water that runs off across the frozen ground in early thaws, but still, I’ve seen figures suggesting that as much as 5-10 lbs of nitrates can be infiltrated into each acre of soil in this fashion.  This effect is enhanced where the air pollution is worse – nitrous oxide emissions from automobile and powerplant wash down in rain and snow, considerably boosting nitrate contents of urban and suburban soils.  A bad thing for the environment in many ways, but a plus for the nutrient content of garden soils in those areas. 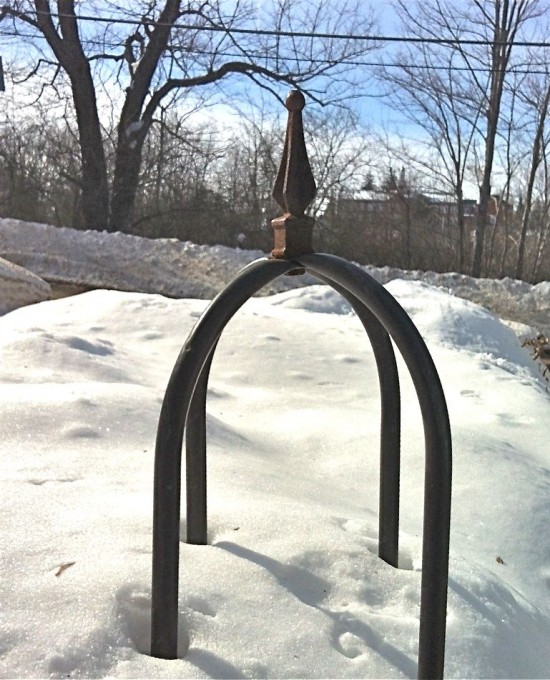 Insulation:  snow, especially dry, powdery snow, helps to insulate the ground underneath it, protecting plants from the cycle of thaw and refreeze that they find particularly damaging.  In fact, it has been calculated that 10 inches of light snow can have an insulation value of R18, similar to a six inch layer of fiberglass insulation.

Gardeners have long understood this, at least intuitively.  I remember when I was a student at the New York Botanical Garden that after each snowstorm, Karl Grieshaber, the German born and trained curator of the rock garden, would march us students out to shovel the precious white stuff off the paths and onto his beds to protect his alpine plants against the vagaries of New York winter weather.  The plants appreciated this treatment; I did not.  But the memory helps me regard with more appreciation this winter’s seemingly endless snows.