To most of the media, it’s the famous education reformer Michelle Rhee, ex-DC Schools Chancellor, who’s controversial, unpopular, even reviled by some, especially teachers’ 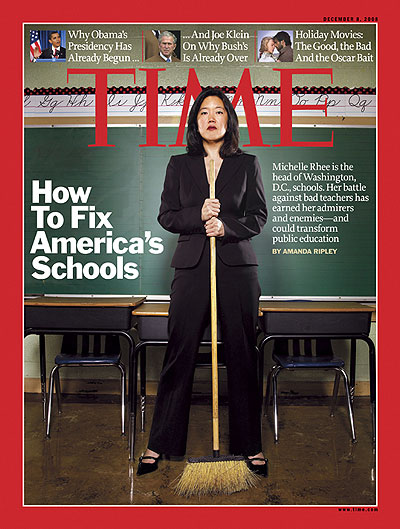 unions. (Interesting read on the subject.)  So when Scotts MiracleGro recently named her as a trustee, teachers called for a boycott of Scotts, and readers were presumably left with the impression that Rhee could threaten the otherwise stellar reputation of this fine company.

One report  concludes that her backtracking from national education reform and accepting a “gig on the board of Scotts Miracle-Gro Co. also won’t hurt her recuperation from years in the trenches.”  Because, I guess, Scotts is just a gardening company.  No controversy there, right?

So to the general media in DC and anyone following the career of this notorious education reformer/union-killer (depending on your perspective; I don’t have a dog in the fight myself), you’ll find reports of plenty of controversy surrounding the company in the archives of GardenRant.  It’s no stretch to call Scotts the most hated company in the gardening world and here’s a quick update on why that is. 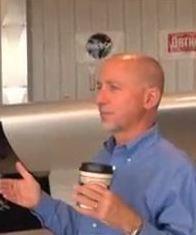 “I’d like to see biotech in every backyard,” he says.

And this Wall  Streert Journal article about Hagedorn’s “Cursing in the Board Room”  includes a video of the ex-fighter pilot describing business as war, among other gems.

Reports of Hagedorn’s cursing were widespread in the business world.  Trustees left over it!  There was an official reprimand.  Googling   “Hagedorn” and “cursing” gets lots of hits.

And though unreported in the news, everyone in the garden center business knows about the F-bombs Hagedorn launched from the podium at their largest trade show, which caused people to walk out in protest or disgust. The guy’s kinda hard to like.

Oh, where to start? And how to not get sued?  I’ll just point readers to the products themselves, their ingredients, and reports in the media about them, especially the pesticides and synthetic fertilizers.  Let’s just say there are objections.

Then there’s the multi-million-dollar ad campaign to convince consumers that they need those products and in the case of lawn fertilizers, need them to be applied at the time of year when authorities urge us to protect our waterways by not using them.

Moving on, there’s Scotts’ involvement in biotech that Hagedorn is so proud of.  Seems their GMO Roundup-ready bentgrass is out of control, and the company’s been fined by the USDA for inadequate testing of it.  More about that.

Speaking of Roundup, Scotts is the sole U.S. distributor of this Monsanto-made product.  And you know how much love we all have for Monsanto.

People still on the fence about the company turned anti-Scotts  after one particular event, which was reported widely in the business media, with headlines like “Scotts Miracle-Gro, the Bird-Killing Company” In 2012 they were fined $12.5 million for knowingly selling bird food that was killing birds (the seed had been sprayed with pesticides to increase its shelf life).

That news snowballed into a story about the National  Wildlife Federation’s partnership with Scotts which, unfortunately for the NWF, had been announced maybe two days before the legal settlement and fine were announced.  Many NWF supporters expressed so much outrage that the NWF finally relented and abandoned the partnership (and the $$$).  Here’s our story about that.

Giving money to the NWF isn’t the only attempt by Scotts to look good.  They’re also big supporters of the Garden Writers Association, which gives them the chance to parade their “chief sustainability officer” before writers at their annual meeting.  Let’s just say that partnership is very controversial within the garden-writer world and I was happy to see that Scotts spoke to this year’s captive audience of garden writers about something noncontroversial – digital marketing.

Under the category of general dickishness is the case of Scotts ripping off garden writer C.L. Fornari’s media campaign, then copyrighting the term she’d made popular. Amy Stewart wrote about it here on the Rant in an aptly titled post:  “Dear Scotts, Just try one time not to be so shitty.” After C.L. started a media campaign about it, they backed off.

In other legal action, Scotts is all over the place.

With what’s now known about the company, I wonder if Martha Stewart is rethinking her association with them.  In 2011 she was invited by Hagedorn to speak at the company (fee unknown) and later gushed about him “and his lovely wife Karli”.  Sigh.