A Pentecostal snake handler fell victim to natural selection in Middlesboro, Kentucky, on the same weekend I was attending a horticultural conference in Grünberg, Germany. Pity the poor pastor.

The folks in Grünberg know better: Perennials are perfectly divine and much easier to handle than poisonous snakes.

Mary Vaananen, my Jelitto Perennial Seeds colleague, and I were invited to speak at the Seventh International Perennial Plant Conference in mid-February. Georg Uebelhart, our Jelitto boss in the German home office, asked us to come over. The invitation was an honor, as Georg is a dear friend, and Grünberg is special.  I’d spoken in Grünberg once before, in 2010, and expected that the conference would be good again this year. Georg and Anja Maubach, a third generation nurserywoman and landscape architect, organized the speaker’s lineup this year.

Anja wrote a portion of a Rumi quote on a poster board near the speaker’s podium that illuminated her hope for the conference: Join the community of spirit and feel the delight…This was to be no ordinary get-together. 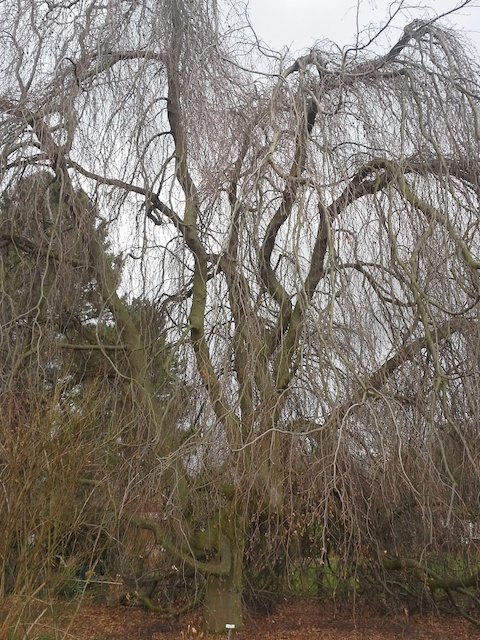 One advantage was Bildungsstätte Gartenbau Grünberg, a horticultural conference center supported by the German green industry.  The center, in central Germany, 47 miles (75 km) from Frankfurt, is unique. It’s an Esalen for gardeners. The center was surrounded by a pleasing garden with a few promising early flowering harbingers of spring. The guest rooms were comfortable and quiet, too. I had three delicious square meals per day (I’ve sworn off schnitzel for Lent). And I only had to walk down the stairs to a well-stocked and boisterous bar.

Does it sound like this community soup pot needs anything more? You can’t forget the main ingredient: cocooning gardeners. Good company is essential for any good gathering. The audience of 80 professional, perennial plant enthusiasts— gardeners, plant growers and designers—traveled from 13 countries to be in Grünberg. They were itchy for spring. 80 attendees is a good number.

Larger conferences can be overwhelming. Newcomers can feel left out. At many conferences, everyone scatters for lunch, dinner and late night carousing. Not in Grünberg. There was no need to leave the grounds. Everyone was together for meals, talks and drinks. I met old friends and made new ones, too. This was a key to the conference’s success.

Every talk was exceptional. There wasn’t a clunker in the bunch. I’d never seen photos of sub-tropical mega-alpines in Yemen. And I couldn’t have dreamed of a giant Ethiopian Lobelia rhyncopetalum that grows to nearly 20’ (6 meters). And you ain’t seen nothing until you’ve seen the wildflowers in the Badlands of “Skaskar” near the village of Tosor, in the mountains of Kyrgystan. The momentum gathered for two and a half days. 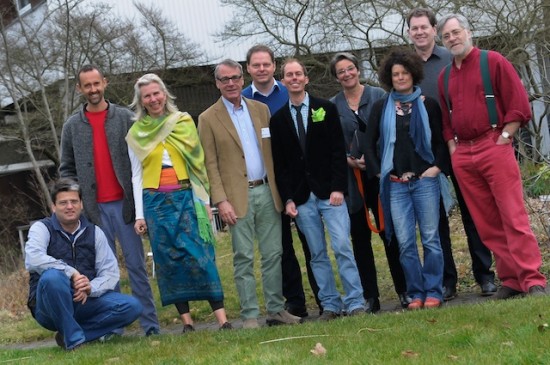 There were presentations from seasoned old hands—growers and garden makers with years of experience—as well as from fearless young professionals who are fashioning beautiful garden impressions. Everyone in the room was hungry for surprises. Oh, the energy! The learning!

I was puzzled why Noah loaded his ark with animals, but forgot the plants. I wish he’d left room for a few perennials, alpines—mega-alpines!—and some annuals, too.

My question became: How can I translate design ideas from high mountains and dry steppes around the world and make it work in a hot and humid Kentucky summer?   Maybe it will become clear if I “Live like someone left the gate open.” I’ll be “striving for freedom” in my garden, trying to create a “natural spontaneity.” George Washington Carver saw a bigger picture. He said, “You see a flower and I see the universe.” The message was clear: Take some time to “get giddy with the present.” There is magic in the garden.

While snow lay thick on the ground back in Kentucky, small clumps of snowdrops were flowering in Germany.

No one got snake bit.

Winter was coming to an end.

* The title above comes from James Russell Lowell’s poem “The Voyage to Vinland,” specifically from this passage:

Doubt not, my Northmen;

Fools, when their roof-tree