It’s Valentine’s Day. Do You Know Where Your Roses Came From? 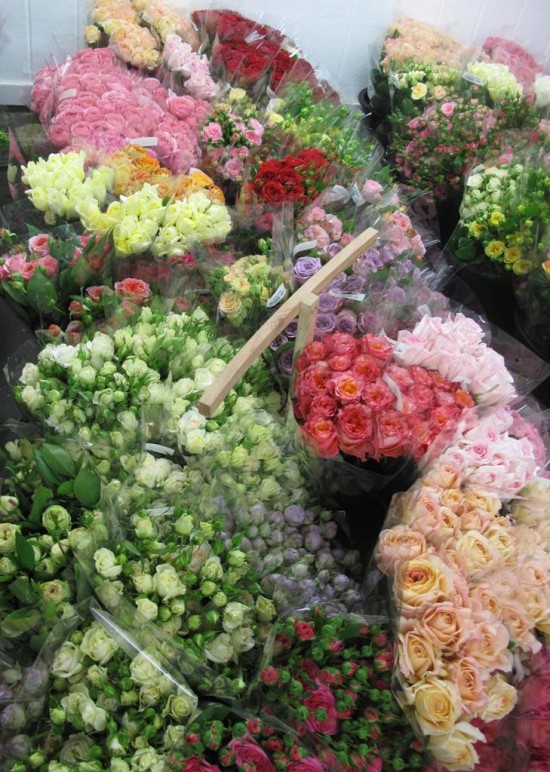 Earlier this week, Libby Francis-Baxter, owner of The Modest Florist in Baltimore, made headlines in the local media by announcing her plans for a rose-free Valentine’s Day.

“I don’t support outsourcing flower production to South and Central America at the expense of our own local farmers and greenhouse growers,” she said.

When her customers asked for roses this week, Libby tried to steer them to flowers from local farms, such as tulips, primroses and calla lilies.

I applaud Libby for taking a stand against imported roses, but I encourage her to source American-grown roses next Valentine’s Day.

In fact, The Modest Florist isn’t the only flower-seller who needs to discover American roses.  I’m convinced that if Whole Foods chose to support American rose farms, we’d see a major shift in the entire Valentine’s Day industrial complex. 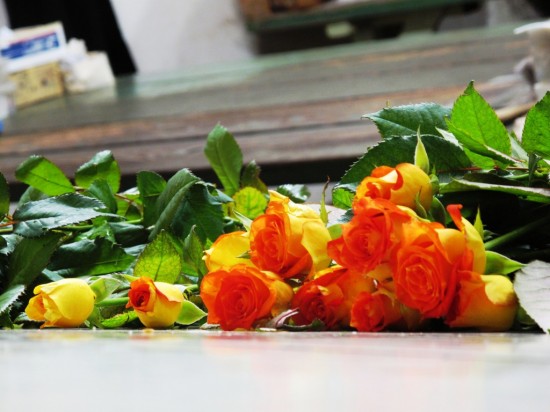 In the grand scheme of things, Whole Foods is supposed to be one of the “good guys,” right? From the point of view of the American flower farming community, I know that many of my farmer-friends sell beautiful, seasonal and local blooms from their fields to Whole Foods stores in their specific regions. This “local sourcing” is done on a region-by-region basis with kudos going to passionate store and floral department managers who develop strong ties to their local farmers.

But at the corporate level, and especially during Valentine’s Day, something else is going on altogether. And I’m not alone in being bothered by it. 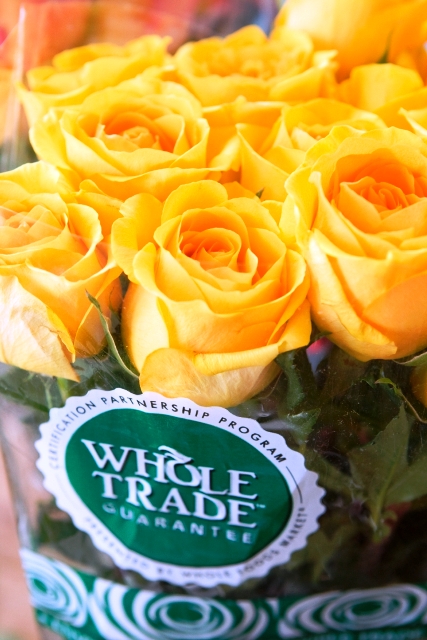 Labeled “Whole Trade,” which is the proprietary corporate branding that Whole Foods puts on imported roses, these blooms are as far from local as you can find. They’re shockingly similar in appearance to the bunches of roses being marketed by all the wire services, 1-800 marketers and big boxes.

So the local, sustainable and seasonal banner that the Whole Foods brand is waving above its front doors has some serious flaws when it comes to the flowers they are selling.

Somehow, Whole Foods has decided to market its practice of importing South American roses as a kind of missionary endeavor. Personally, I find it so disingenuous. Last year, the company posted a pro-rose Valentine’s Day story on its blog, featuring a video of children at an afterschool program for the workers at a Colombian rose plantation. The post generated 100 responses, many from frustrated customers and American flower farmers who wondered why Whole Foods had skipped doing business with rose farms here and devoted 100% of their Valentine’s Day marketing budget to feature and promote imports from Colombia and Ecuador?

So does that makes it right Amanda?

Is it the $189 million you’re interested in or are you justifying importing your roses because everyone else is doing it?  I was one of those 100 people who left a comment last year, urging Whole Foods to reconsider their strategy with the flowers they are buying.  I truly expected more from this market leader this year. 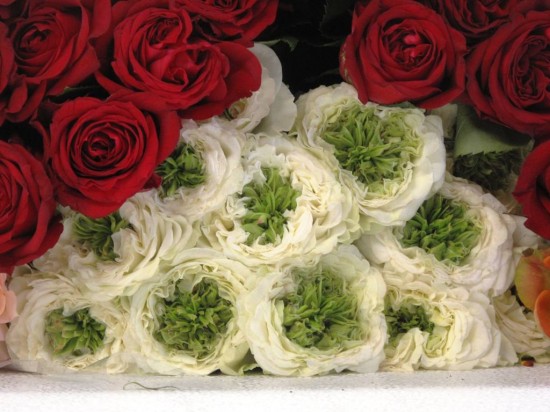 I can tell you if a company like Whole Foods would make a commitment to nurturing relationships with American rose farms, things would change. In my opinion, there is no good reason more than 97% of the roses sold on Valentine’s Day should be flown in from Colombia and Ecuador.  I also don’t believe a company like Whole Foods should be party to it.

Sure, Whole Foods might have to take a little less profit, but if Whole Trade is designed to give 1% back from every purchase, apparently they have some margin to work with.

More importantly, so many good, healthy and sustainable benefits would come from that endeavor. 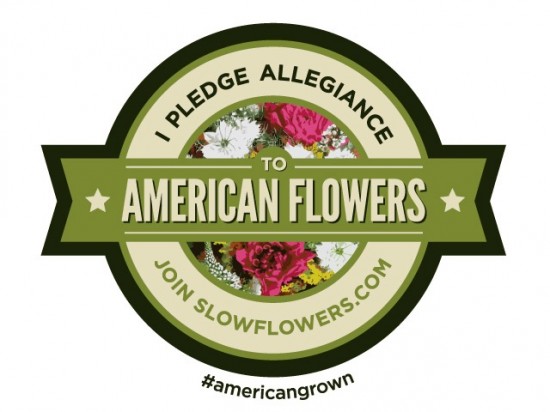 So, please make a comment here on Whole Foods’ current blog post about their Whole Trade roses.  Let’s encourage them to do the right thing here and support “Whole American” flowers!

Some of the arguments for continuing to do business with South American rose producers have to do with our so-called “war on drugs,” dating back to when the U.S. entered into the Andean Trade Preference Act in the early 1990s. The U.S. Trade Representative’s web site states:

The Andean Trade Preference Act (ATPA) was enacted in December 1991, to help four Andean countries (Bolivia, Colombia, Ecuador, and Peru) in their fight against drug production and trafficking by expanding their economic alternatives.

Not to sound too cynical, but we all know how “successful” that scheme has been, right?

Look, I get that we’ve had a 20-year-plus focus on trying to help the people of Colombia and nearby South American countries identify ways to cultivate crops beyond coca. I understand the strategy. However, there are costs to this strategy all along the way. And the American flower farmer has been one of them.

That didn’t happen overnight and it’s not going to change tomorrow, but as Americans, we have an obligation to count those costs and determine if the strategy moving forward is a good one. 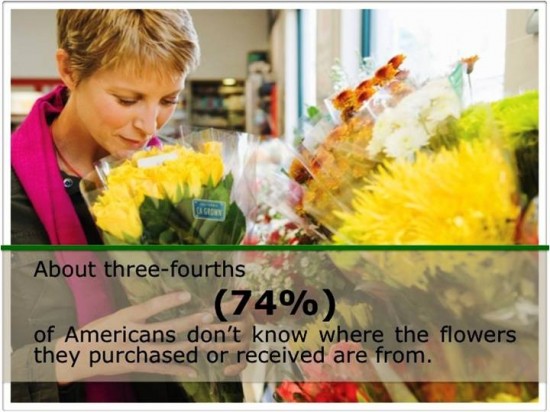 This infographic says it all. Courtesy, California Cut Flower Commission.

I believe we need to become less foreign-dependent on flowers. Period. This isn’t oil. We’re not talking about mangoes or bananas here. Americans can grow flowers and they certainly can grow gorgeous roses. I believe Americans would prefer to buy American grown flowers.

That’s my mission. This is what I believe and I know I’m not alone. I’m encouraged every time I give a lecture or answer a media inquiry. People email me and call me and ask “how can I find a florist who I know will source locally and domestically?”

In the past 40 days, during the Slowflowers.com campaign on Indiegogo (which is raising funds to launch a free, online, nationwide directory of American flowers, florists, designers and farmers), I’ve been encouraged that more than 200 people have donated more than $15,000 to this endeavor. It’s not everybody, but we don’t need everybody. We just need more people to know and care about where their flowers are grown.

Why? Because this is our country and these are our neighbors and these are the people and priorities on which we should focus our support. This is why I’m appealing to Whole Foods during Valentine’s Day, one of the biggest floral holidays of the year.

So, I ask that if you’re a Whole Foods customer, please join me in letting Whole Foods know that we want a “Whole American” campaign that supports and cultivates relationships with our American flower farmers.  I urge Whole Foods to make a change and align its priorities with where the majority of their customers are on subjects like country-of-origin sourcing. 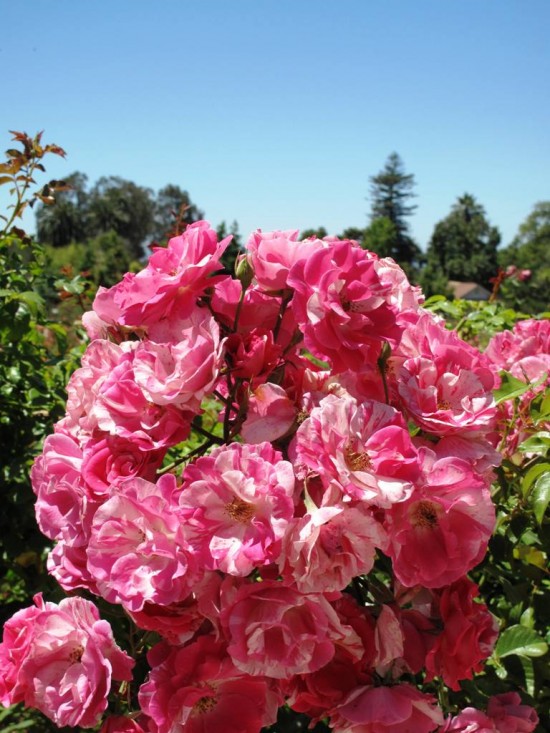 Beautiful (and fragrant) farm-grown roses for the discerning and demanding wedding market, grown by Rose Story Farm in Carpinteria, California.

I see quite a profound parallel between the Whole Trade campaign and a brand new Whole American campaign for flowers.

I don’t believe that America’s flower farmers expect imports to go away. But they do want a level playing field. They do want a chance to sell more of their irises, sunflowers, lilies and roses to the largest “green” branded supermarket in the U.S.

So to help them get started, here is a list I’ve compiled of the top domestic U.S. rose farms that I’m aware of. It’s simply not fair to say the American flower supply is limited. The supply is only limited by our vision to see the opportunity.  Whole Foods should launch a campaign that guarantees that they will source from American rose farms by next Valentine’s Day. That promise will give the flower farmers the ability to increase their production and invest in expanding their volume of beautiful, homegrown American roses.

“Whole American” is a beautiful concept that should be a reality. Wouldn’t be amazing if consumer demand could help Whole Foods do the right thing? Wouldn’t it be amazing to see Whole American roses offered when Valentine’s Day 2015 rolls around? 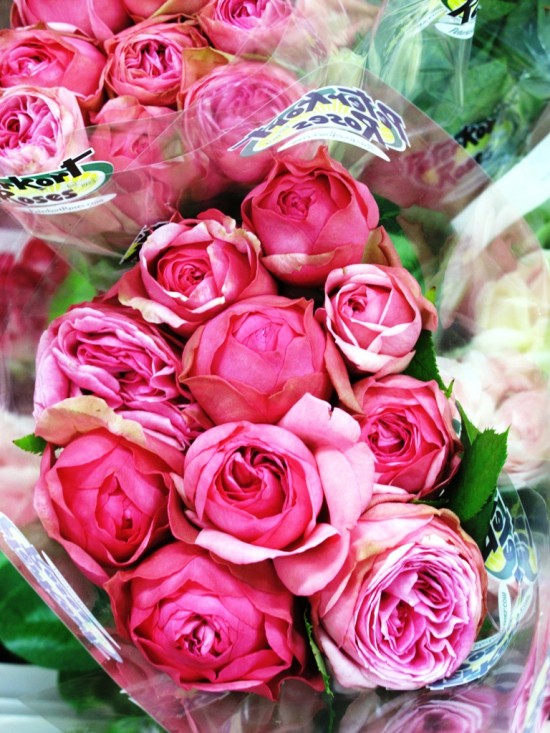 Learn more about Debra Prinzing at her web site, where you can read articles, listen to free episodes of the Slow Flowers Podcast, and find more resources about American flowers.

About the Author: Prinzing, Guest Ranter

Debra Prinzing is a Seattle-based creative who can credit her happy existence writing about gardens and home design to great preparation: a degree in textiles and design and a long career in journalism. She has been called:

“. . . an impassioned advocate for a more sustainable flower industry.”

Debra is a contributing editor to Country Gardens magazine and her feature stories on architecture and design appear regularly in the Los Angeles Times’ Home section. She is a contributor to Garden Design, and her work has appeared in numerous magazines, newspapers, online publications and blogs. 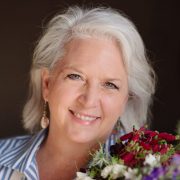