From Charleston: Surprise Me With Grits and Weeds For the Sweet Hereafter 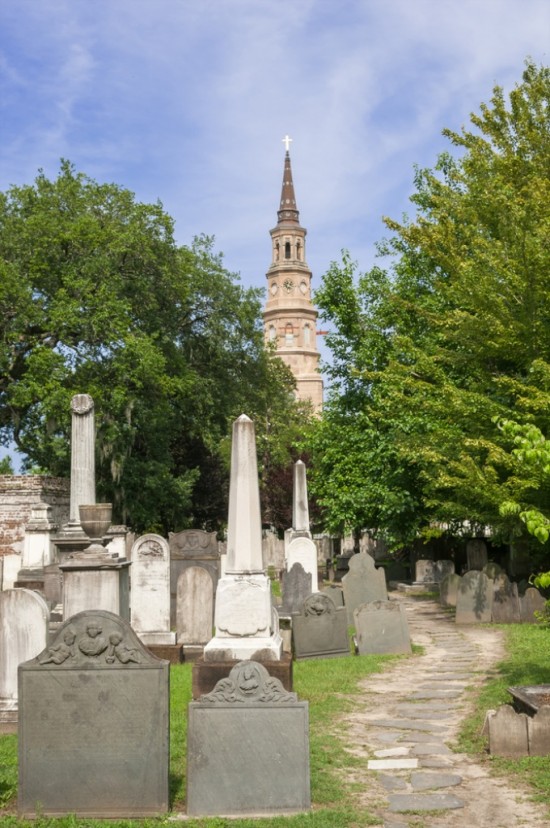 A few years ago, the father of a friend lay near death, and there were the usual matters to clean up before the end. His last will sorted out, the bedridden father was asked: “Do you want to be buried or cremated?” He propped up on his elbows, cocked his head, opened one eye and said, “Surprise me.”

I was in Charleston, South Carolina last month for a wedding. Charleston is a place full of surprises. Husk restaurant was one. My mood, late one morning, favored the Bloody Mary, flavored with a sliver of prosciutto. My cocktail would have been bereft without the food pairing of Tennessee cheddar pimiento cheese crostini with crispy country ham and pickled ramps.

Make fun of grits all you want, but it’s hard to imagine a human alive who could resist Husk’s South Carolina shrimp and Geechie Boy grits with smoked tomatoes, sweet corn, peas and braised pork.

I knew, after a brunch like this, that I’d need a long walk, so a horse drawn carriage ride came first.

I was surprised at the similarities between Charlestonians and the Chinese. Both cultures prize their rice, worship their ancestors, and have speech patterns that take awhile to sort out. (Our carriage driver seemed to be rehearsing one-liners for Comedy Central. For example:  Everyone knows the Silk Road leads to China but did you know that the Atlantic Ocean begins where Charleston’s Ashley and Cooper Rivers flow into Charleston’s harbor?”)

I’m glad that Charlestonians worship their ancestors. The preferred eternal resting place in Charleston, for over two hundred years, has been deep in the ground. (The lesson from my friend’s dying father: Let the bereaved handle the flowers. If they’ve got the good taste of proud Charlestonians, they’ll comply with living plants, not hideous plastic mums.)

The historic graveyards at St. Phillips Episcopal Church and The Unitarian Church of Charleston are worth a peek for planting ideas for the evermore.

The Philadelphia Alley, between Cumberland Avenue and Queen Street, led us to the back of the St Phillips graveyard on Sunday morning. The cobblestone and brick alley, darkened by live oaks, was a popular dueling ground in the 19th Century. (How convenient to have a graveyard next door!) Window boxes along the alley were stuffed with annuals and tender perennials.  Skinny planting plots were planted with oleanders, crinums, bananas and podocarpus.

A double, white rambling rose festooned the iron fence in front of St. Phillips. Just inside the fence a small sign proclaimed: “The only ghost here is the Holy Ghost.” Heavenly hosts didn’t greet me, nor ghosts, but I did see naked ladies. Naked ladies? 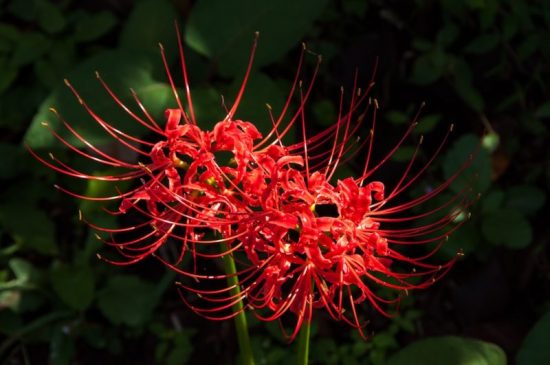 Call them what you will—naked ladies spider lilies, hurricane lilies or schoolhouse lilies—the red blooming Lycoris radiata was in glorious bloom here, and in the Unitarian Church graveyard, at that.  They kept good company.

At the St. Phillips graveyard, Senator and Vice-President John C. Calhoun, as well as signers of the Declaration of Independence and Constitution, would approve of the sculptural live oaks and big Southern magnolias. All were tidy—neat and manicured, suggesting a propriety befitting distinguished and long interred Episcopalians. 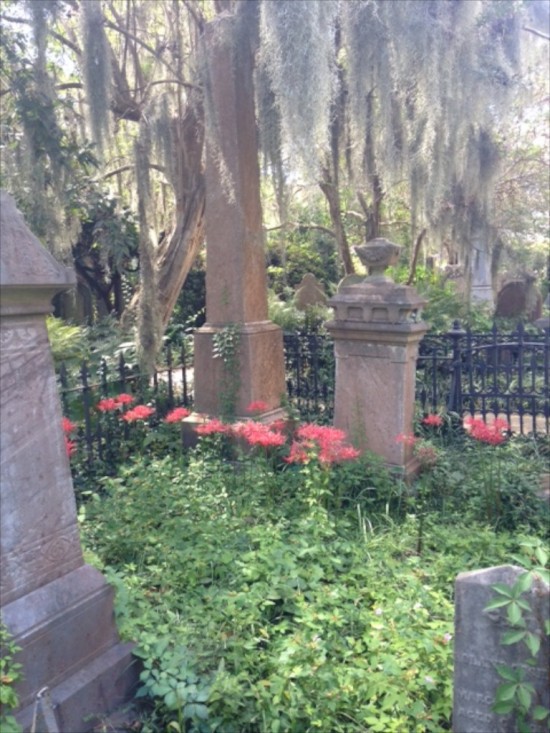 Apostolic order was on furlough, however, at a nearby graveyard, a couple of blocks away from St. Phillips.

Earlier this month, Reverend Reed of The Unitarian Church preached a sermon, which I did not hear, entitled “Something Wicked,” a conversation about shortcomings and sin. The graveyard opened the door to a discussion about certain shortcomings, especially whether garden “cleanliness is next to godliness.” The plantings, here, are nowhere close to neat as a pin, but, oh my lord, I have seen the coming of the glory of weeds that runneth over.

The Unitarian graveyard must have some mighty devoted and skillful gardeners hidden from sight who, with brilliant timing, hold back and then arrive to weed the millieu before a gazillion seeds get scattered for eternity.

Or else there’s a providential hand we can’t know, or see, that intercedes before all hell breaks loose.