Garden Design Mag is Back and Totally Different! 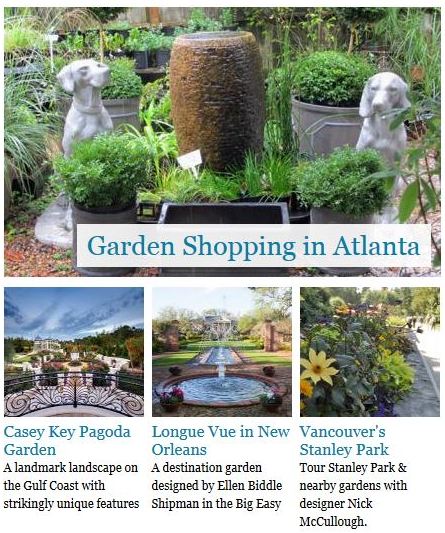 Once a fan of Garden Design Magazine, I came to dislike it enough to ask for my unused subscription money back after it changed its target audience to the rich and beautiful people of Southern California, with their $1,000 patio chairs and al fresco dinner parties.  So I wasn’t the least bit sad about the magazine coming to an end in the spring of this year.

But to my surprise and delight, it’s coming back and looks to be far better this time.  Here’s why I’m so optimistic.

The new print edition of GD will have 132 heavy-stock pages and NO ADS!  Yes, it’ll be entirely subscriber-supported, so it can give readers what they want, not what the advertisers want.  The magazine has a new publisher, Jim Peterson, and he’s making sure the content will be “more accessible.”

And music to my Eastern ears was hearing that GD’s new focus is all of North America!  Already Jim is lining up garden writers from all corners of the continent, and he’s saving 5-10% of the space for gardens in other parts of the world.  The gardens, like the patio chairs, will be more accessible and will have take-aways for readers to maybe even use in their own gardens, without having to hire high-end designers.

What GD Magazine is NOT going to include is also good news – the how-to stuff that’s covered by all the other magazines (“Composting 101”).   Those topics are important but after reading them for 40 years, I’ve lost interest. 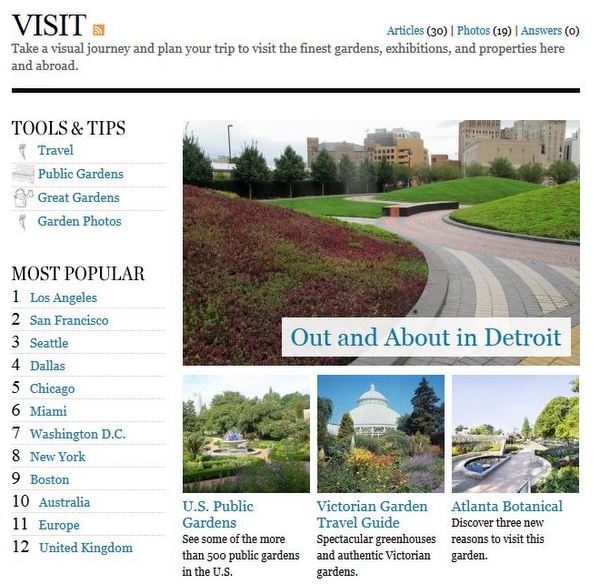 Print won’t start until next summer but the website is already much, much better.  What had previously been a placeholder with nothing much but how to subscribe, is now chockful of content, 90% of it brand new and updated several times a week with new material.  Just “like” Garden Design on Facebook or subscribe to their e-news to find out what’s new.  The print version will not repeat what’s on the web or vice versa; both will stand on their own.

One website feature I particularly love and hope to see beefed-up collects public gardens by city, for visitors.  Maybe now more of DC’s millions of visitors will find their way to our less well-known gems.

Who IS this publisher?

Thanks to a couple of fun phone calls with Jim Peterson, I have some back story to relate.  He’s the guy who, when he found out Garden Design was shutting down, bought its 31-year-old trademark and website, proceeded to do a web overhaul and when he discovered that people missed the print version, decided to bring it back.

Jim’s career path toward garden-mag publishing is an interesting one.  After earning a degree in communications and a brief stint in advertising, he turned to the concrete business, working for a contractor.  Noticing a dearth of good information online about the increasingly sophisticated, even high-tech concrete projects now being done, he started Concrete Network in ’99 with almost no start-up money.  It educates consumers about a diversity of projects and compiles lists of concrete contractors across the U.S.  The site had 14 million visitors in 2012.

My first reaction to all that was to wonder what concrete has to do with gardening, but Jim told me that 80% of his business was outdoor work, plus he’s a gardener, so the next step was creating a similar site for landscape projects and contractors, and Landscaping Network launched in 2010.  For that website he was hiring garden writers from across North America (including some names you may recognize, like Maureen Gilmer, Genevieve Schmidt, and Susan Cohan), so really, acquiring Garden Design is a natural next step.

So, I’m excited!   “Composting 101” may leave me cold but I’ll never tire of seeing beautiful gardens professionally photographed and profiled, even if once in a while the garden is in Southern California.