Talking with Elizabeth Gilbert about her Novel of Botanical Exploration 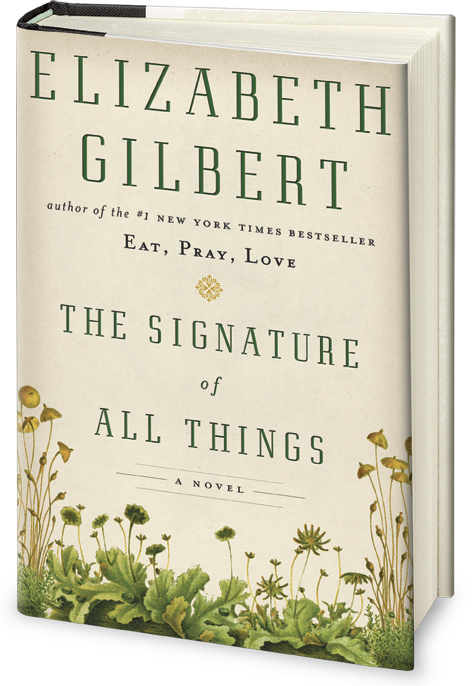 When I ran into Elizabeth Gilbert, author of the megahit Eat, Pray, Love and five other books, at a party earlier this year, she wanted to talk about only one thing: botany. Her new novel, The Signature of All Things, was working its way to publication and I could tell that she was still deeply engaged in the world of nineteenth-century botanical exploration in which the book is set.

The novel spans the life of Alma Whittaker, born in 1800 to a plant explorer who got wealthy in the quinine trade. It’s set mostly in Philadelphia, but Alma’s interest in botany gives the book its wide-ranging, global scope.

The novel has just been released and we have a copy to give away.  Just post a comment for a chance to win.  As for the rest of you, this is THE holiday gift for the plant lover in your life.  It’s a beautiful, sprawling novel of Victorian-era science and the lives of botanists—both real and fictional—who chased plants and knowledge around the world. 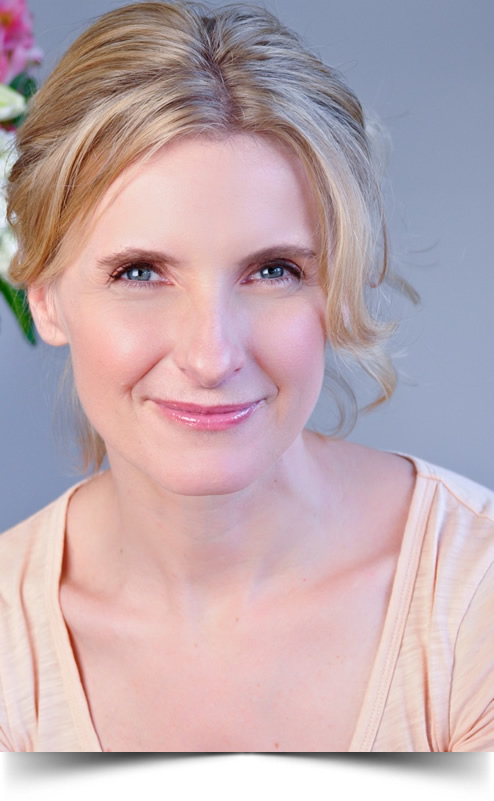 Elizabeth was nice enough to chat with me about the book before she left for her monster book tour, which might take her to a city near  you.

AS:  OK, so let’s talk about moss, Alma Whittaker’s area of expertise.  Why moss, and at what point did you decide it would be moss?

So Alma can’t go to Madagascar. She can’t do what the great male botanists of the day would have done.  I wanted to find something for her to study that was both plentiful and invisible to everyone else.  I had the idea of moss right away, and once I began looking into it, I realized how dead-on right that was.  It’s a universe in miniature.  It’s forests, it’s jungle, it’s everything you can find in Madagascar but on a very, very tiny scale.  It was something she could study her entire life without leaving a one-mile radius of her home.

I also wanted to know:  Could somebody studying something that small and detailed come to the same conclusions about natural selection as the great men who were studying the great megafloras?  Would she ask the same questions they were asking?

Also, I think this was emblematic of women’s lives throughout most of history— that women’s work tends to be miniaturized.  Moss felt like the botanical equivalent of needlepoint, or any of the things that women have done to keep their boredom at bay and keep their creativity going.

AS:  And was there a person who really did that work on moss at that time?  When did moss really get its full treatment in the botanical literature?

EG:  It wasn’t really until later in the Victorian era that mosses became kind of sexy.  When Alma realizes that this is ground that no one has trodden upon, that’s kind of accurate—there were a few people dallying around with moss, but it mostly didn’t happen until later.

There was a woman named Elizabeth Gertrude Britton, who along with her husband helped found the New York Botanical Garden. She was an extraordinary bryologist, and she carried the title Curator of Mosses. She was so much later—she lived into the 20th century—but I went and read her papers at NYBG and borrowed a lot of her work and thinking for Alma, but Alma was a good seventy years earlier.

AS:  That’s great that you had access to her papers, and had someone like that to look to as a model.

Yes, she really commanded a lot of respect from her botanical peers, and was kind of an intimidating figure.  Which gets to another lead I was going to follow in the novel but didn’t. Initially, I wanted it to be a book about a woman who had a tremendous intellect and a great deal to offer, but the world wasn’t ready to hear it from a woman.  But I started doing research about 18th and 19th century female botanists, and I realized that wasn’t a very plausible story, because there were a  lot of women botanists who were really well-regarded, and who made contributions and published and traveled.  You read Darwin’s letters to Mrs. Mary Treat, who lived in New Jersey and was an expert on swamp plants, and he writes to her peer-to-peer, completely.  It’s not at all patronizing.  I thought it would be kind of disgraceful to those actual female botanists if I wrote about this woman who can’t get any torque in life because she’s a woman.

AS:   And instead, the barriers that Alma faced were her own barriers, from her own life, not from society at large.

EG: I think it’s better, novelistically, if your character’s barriers are their own personality. What stopped Alma from being put forward more broadly in the world was not discrimination. To the contrary, she had all kinds of support.  It was her perfectionism that held her back.  That’s also a story I find interesting.  I’ve long been of the opinion that what does hold women back is their own perfectionism, and this idea that “until the thing I’m trying to create is immaculate, then I don’t dare open my voice about it.”  Whenever I’m talking to young writers, I warn them against that self-censorship that says “I can’t put this forward because it’s not good enough yet.”  Those are the things that held Alma back, not her gender.

AS:  I’m curious about who else in the book is real, apart from people like Joseph Banks.

EG:  I think Banks and Alfred Russel Wallace are the only walk-on characters with speaking roles who are real.  Some might have been composites, or loosely based on someone, but that’s about all.

I did get really mental with the research, though.  I was intimidated with the scope of what I’d taken on, and I really wanted to be as accurate as I could be. I started with the idea that I wanted to write about 19th century botany, that that’s ten lifetimes of research right there.

I spent three years doing nothing but reading all day.  I traveled to botanical gardens and they opened their libraries to me, and scouted some locations, but mostly I just read. I read not just botany but letters, housewives’ diaries, anything that would give me a sense of the language of the day.

The thing I find really compelling about about 19th century science is that it is the last point in history when an amateur could sort of follow what was going on. I’ve heard it said that Origin of Species was the last major scientific work that a relatively educated person would read and understand.  It was the last moment when people who were literate were following, from their armchairs, everything that was going on the scientific world.  There were passionate amateurs who would still contribute.

I felt like I could access that.  I couldn’t write about the 21st century world of science because I would be found out!  Even scientists don’t know what’s going on outside their field today—you can’t possibly keep up. But in the 19th century, they had it all.  They could know everything there was to know.  That was fun and exciting.

AS:  Did you interview any modern moss scientists?

EG:  I did.  The line “moss is water made visible” was something that was told to me by a woman named Dr. Robin Wall Kimmerer who wrote a book called Gathering Moss that was kind of a bible for me. She’s both a passionate moss scientist and a beautiful writer.  I went on a pilgrimage to visit her—she was the last expert I spoke to before I started writing. I needed her blessing to see if what I was proposing that Alma would learn in the moss world was possible or plausible.  So I sat at her kitchen table and told her the entire novel in an hour and asked her if it made sense, and if it seemed like something somebody could do, and she said, “Yeah! Sure! Why not?”

And by the way, here’s a video about the inspiration for the book and its location in Philadelphia: