Bless All Parks Big and Small 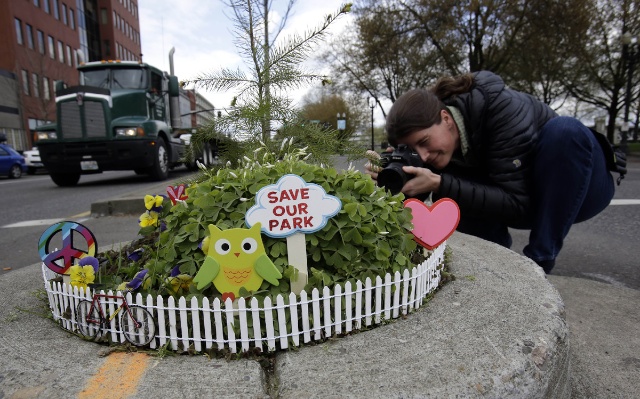 There is a friendly dispute going on about who has the smallest…umm…park. That’s a big deal. In the U.S., Portland’s Mill Ends Park lays claim to the Lilliputian prize (2’ in diameter), but a challenge has come from Prince’s Park (15’ x 30’) in Burntwood, England. “Wait a minute,” the English say to Portlanders, “You call that a park?” They argue: Can a space fit for little more than “snail races and as a colony for leprechauns” be considered a real park?

Portland leprechauns should be so lucky to have a park in their honor. Their little cousin, the garden gnome, is the kitsch du jour. Garden gnomes got star treatment at this year’s Chelsea Flower Show, but not entirely with affection.

As in other parts of rural America, Bathtub Marys still get respect in predominantly Catholic Nelson County, Kentucky. Gazing balls and plastic pink flamingoes have fallen out of favor. Bathtub Marys endure. You can laugh at leprechauns and garden gnomes all you want, but you shouldn’t take a sacred shrine for granted. And don’t forget little ornamental Buddha. 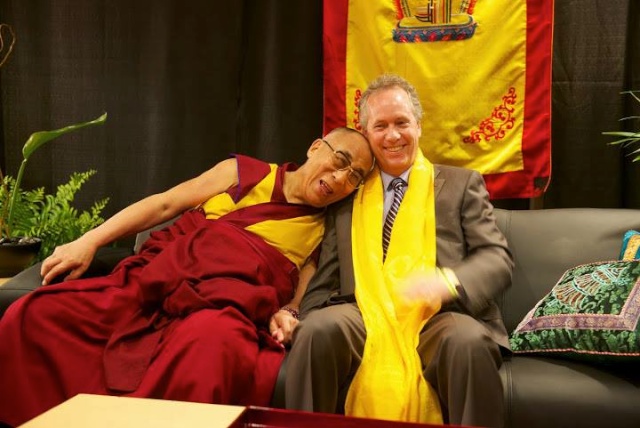 The Dalai Lama was in town last month. He seems a jolly fellow, when viewed on the Jumbotron from the far reaches of the gargantuan Yum Center. His Holiness laughs at his own jokes. I do that, too. This used to annoy my father. The Dalai Lama’s audience had far more tolerance for it. He had a message for the 14,000 respectful ticket holders. “Compassion and tolerance are not a sign of weakness but a sign of strength.”  Louisville’s mayor, Greg Fischer, spoke as well, showing pride that Louisville has been designated a Compassionate City.

We are a friendly city and, I think, on the whole, a pretty compassionate people. We’re tolerant of garden gnomes, too.

Compassionate City is a brand name that won’t cost much to maintain. A few billboards and bumper stickers should do it. We can’t, however, cover bases on the cheap with Derby City or the City of Parks. We have to keep these two brands moving along, and that costs a lot of money.

The Kentucky Derby, held in Louisville on the first Saturday in May, is finished in a mere two minutes that bring in a chunk of change. The race is a major tourist draw. The bump we get in tax revenues from the festivities helps pay for the City of Parks brand. The mayor likes that; we all do. But Louisville simply hasn’t found a way to maintain the blessing of all of its great parks. We could start bolstering city revenues by running the Derby every month, but who wants a Mint Julep in January?

Among Louisville’s 122 Metro Parks are the historic Olmsted parks. The grand master, Frederick Law Olmsted, Sr., and his sons, John Charles and Frederick Law Olmsted, Jr., designed 18 parks plus a series of six tree-lined parkways. Apart from that, we have the beautiful Waterfront Park along the Ohio River in downtown Louisville. And The Parklands of Floyds Fork, in far eastern Jefferson County, is the largest parks expansion in the country. The United States Conference of Mayors, in 2012, selected Louisville, along with West Palm Beach, Florida, as the “most livable” cities in the United States.” Louisville’s selection had much to do with its parks—big and small. 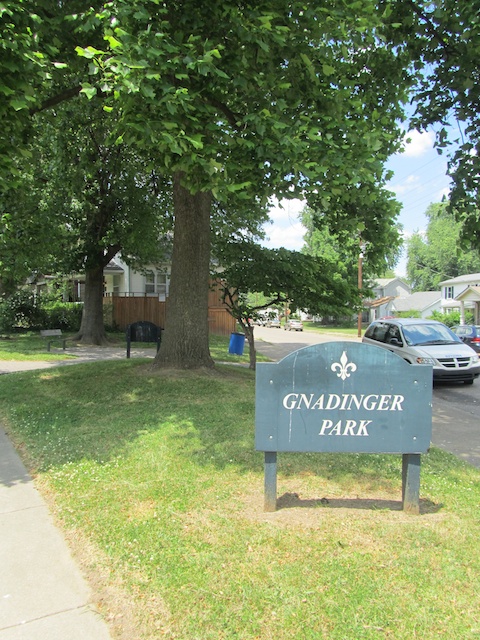 Not so big Gnadinger Park in Louisville, Kentucky

Mayor Fischer spoke at an Olmsted Parks Conservancy breakfast fundraiser last month. He graciously thanked the non-profit organization for restoring and preserving the legacy of the Olmsted Parks. The Conservancy has raised over $25 million for park improvements since 1989.  There’s a lot more to be done.

Fischer said there is $250 million worth of parks projects, spread out over 122 Metro Parks, waiting to be funded. Louisville’s parks encompass 13,000 acres and include the nation’s largest municipal forest (6,218 acres). The mayor mentioned a possible referendum for a 1% tax, three to five years from now, to help make some of these improvements. In the meantime, there is a line item in the new budget of $150,000 for trees. It’s a meager start, with Emerald ash borer bearing down toward “functional extinction” on 10-17% of Louisville’s tree canopy. (There are three native ash species in jeopardy.) The mayor says he’s determined to have no net tree loss. This is where hope and prayer figure in. There is no more money, otherwise.

A couple of miles from my Louisville home there is a claimant, perhaps not a contender for the world’s smallest world’s park, but a worthy small park in every respect.

Little-known Gnadinger Park—all 1,300 square feet of it—sits smack dab in the middle of Louisville’s Germantown neighborhood.  The park is the real deal. Not a hint of kitsch. There’s a grand tulip

Turkish Prime Minister Recep Tayyip Erodgan, who has the aspirations of a Sultan, thumbed his nose at a popular Istanbul park last week. Thousands gathered at Taksim Gezi Park, one of Istanbul’s smallest parks, and were met with tear gas and a heavy hand. The protesters didn’t want sycamores uprooted and the park destroyed. A replica of a military barracks, that will house a shopping mall, may replace the park.

The Dalai Lama said that prayer won’t heal everything, yet he prays daily. “Real effect,” he said, “comes through our own action. Action very much based on motivation.”

Bless and preserve all parks big and small.

Allen Bush is on the Board of Trustees of  Louisville’s Olmsted Parks Conservancy.