How the rest of the world solves the front-yard problem? No front yard!

Time for a follow-up to my recent criticism of the all-turf American front yard, which we can thank Olmsted for popularizing both in parks and in front of homes.  When commissioned to design a new town, he mandated 30-foot setbacks from the street. 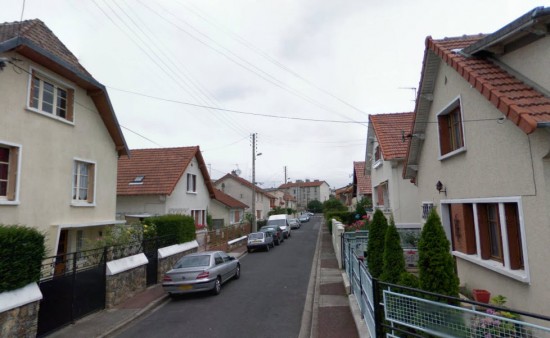 Readers here know that front yards are the new battlefield for gardeners fighting to use that cursed space for something more productive and beautiful than turfgrass, which is still so often required.  But as boring as it is, it’s cheaper than the alternatives, and requires little skill and no imagination, so easy alternatives are hard to come by.

But guess what – in most of the rest of the world they’ve solved the problem of what to do with their front yards by simply not having them – by having little or NO setback whatever.  What a concept!

On the blog The Old Urbanist  I discovered these radical images of suburbs around the world that have no front yard to speak of, just usable, private back yards.  The streets are narrower, which slows traffic and increases walkability.  Here’s how blogger Charles Gardner describes the Paris example above:

Setback areas have been enclosed by walls, fences or hedges, and made into functional patios ornamented by planter boxes.  A spacious and private yard lies behind the home.  There are no rear alleys.  This simple design, of which there must be hundreds of thousands of examples in Paris alone, would be illegal under every American zoning code. 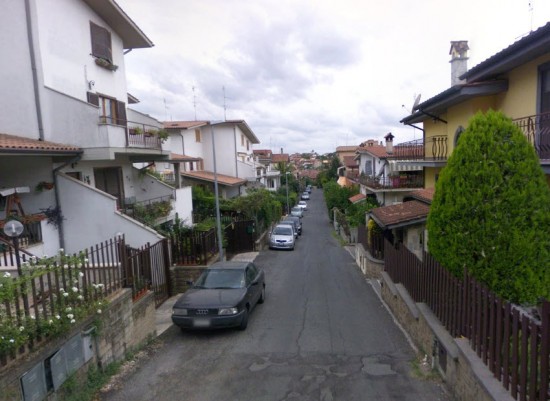 And outside Rome, “Setbacks are entirely occupied by patios.  Backyards are put to productive use as personal vegetable gardens with large balconies above.  There is zero turf lawn to be found.” 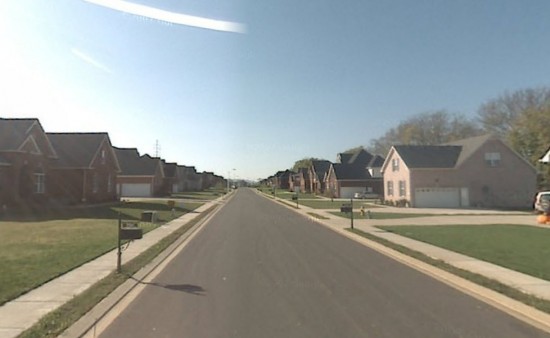 A 35-foot roadway with 40-foot setbacks.  This despite the fact that the street is a cul-de-sac and has virtually no traffic to “buffer” against. No wall, fence or hedge interrupts the Olmstedian pastoral aesthetic of the endless meadow (and would be very expensive to construct or plant at this scale, anyways). The backyard is much smaller than it might otherwise be due to the large setback.

Gardner’s summary, that “Nearly all municipal zoning codes in the United States require large setbacks, depriving homeowners of any choice in the matter,” is infuriating.

Though not everyone has the same reaction. One commenter to Gardner’s article wrote ” I´m from southern Europe and I really envy your suburbs. I love the wide spaces and the green everywhere. You have no idea how lucky you are. Most Southern European suburbs are small and without any trees or vegetation, most of them are really depressing.”

So readers, could YOU imagine living so close to the (albeit narrower, quieter) street?

Click here for more examples at The Old Urbanist and here for still more great visuals.