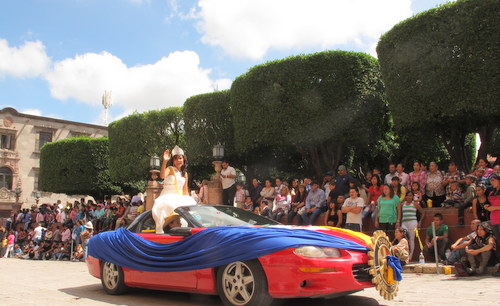 There’s one garden in San Miguel de Allende, Mexico that’s known to residents and visitors alike and it’s “El Jardin” right in the center of the Colonial city.  What’s interesting and even iconic about this city park is the way the trees are pruned – into always-perfect flat spheres.  Here you see them behind Miss San Miguel in the recent Independence Day Parade.  (On my visit I was disabused of the notion that  Cinco de Mayo is Mexican Independence Day – apparently that’s only celebrated in the States.  South of the border, September 16 is the day.)

To see the trees from above, click here.  Very cool! 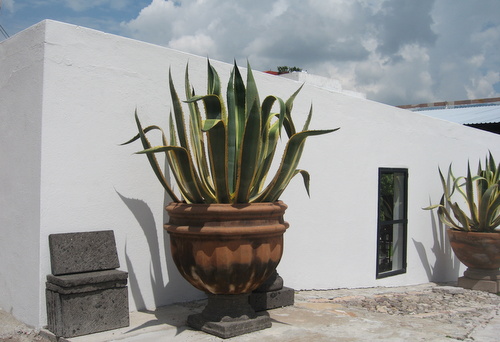 In an upscale part of this upscale town I found some dramatic plantings adorning shops. 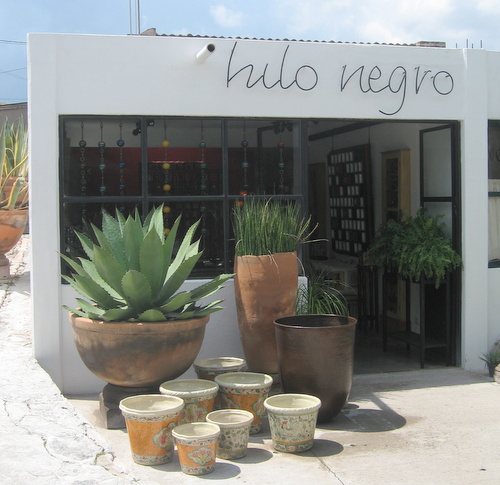 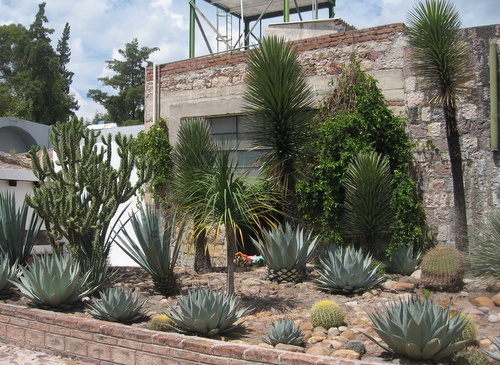 As in so much of the world, the beautiful private gardens here are behind walls.  Frustrating!  But I got to see a few private gardens, like the interior courtyard of my sister’s home, shown below. 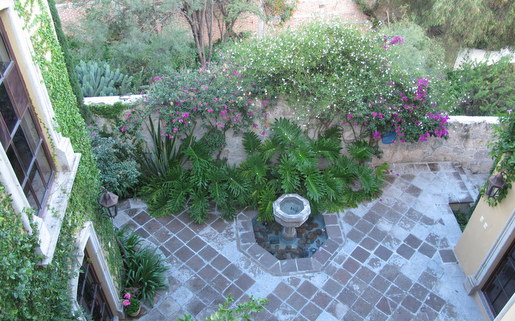 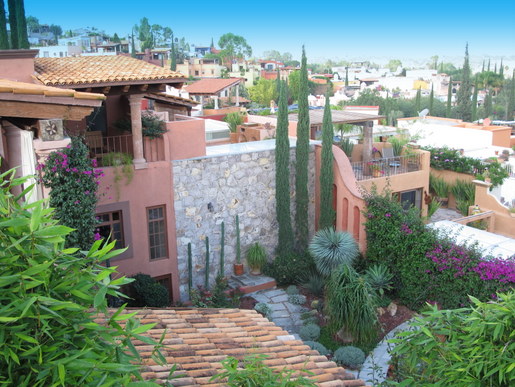 From her hillside home I could see down into some pretty nice gardens, shown above and below. 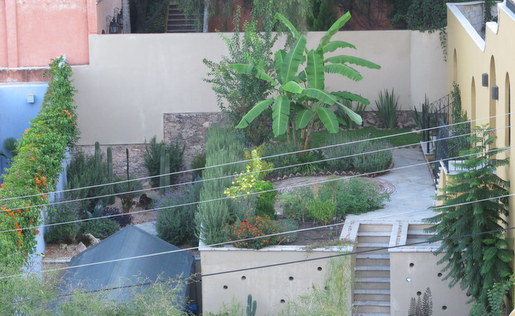 These last photos hint at the splendor of the three villas where my niece’s wedding took place, and most of the guests stayed.  Though they’re humbly called “casas,” these 5-million-dollar estates are anything but.  They’re owned by Houston oil families. 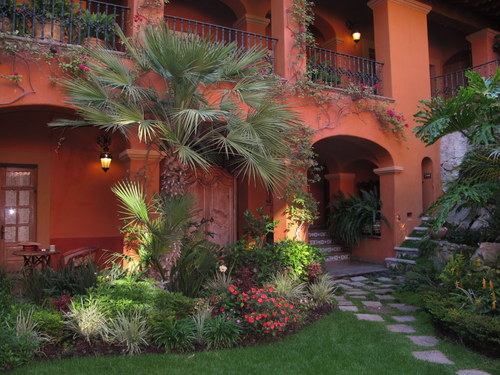 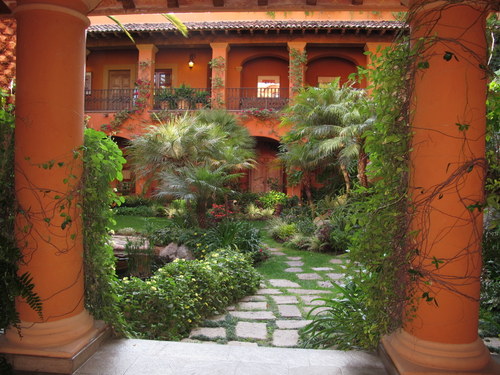 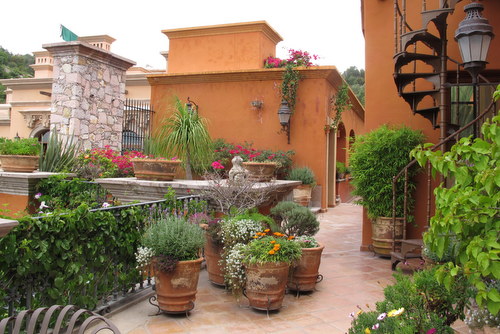 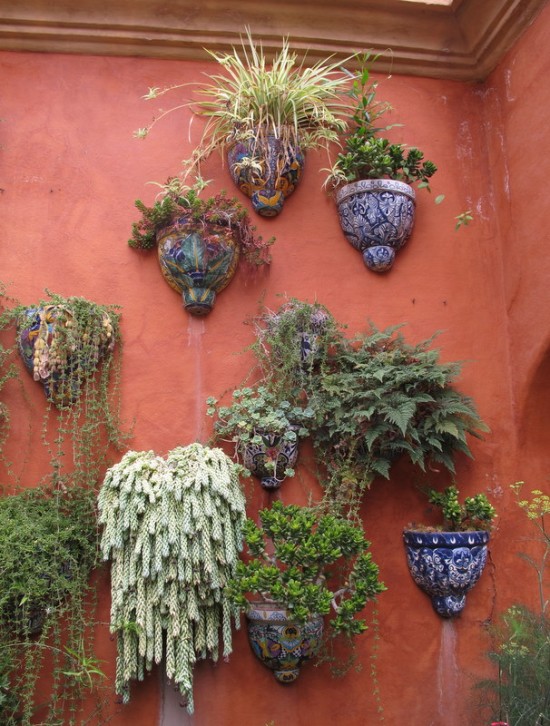 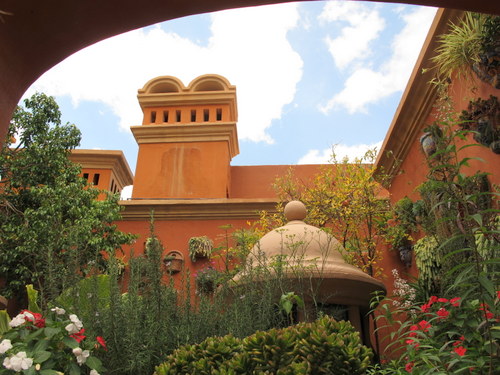 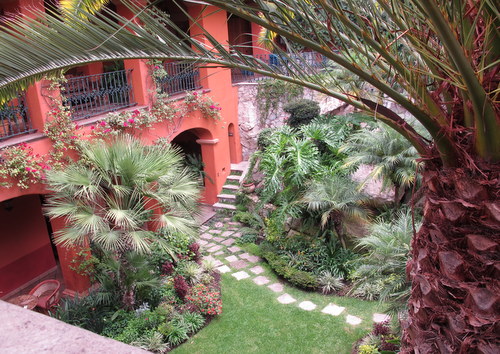 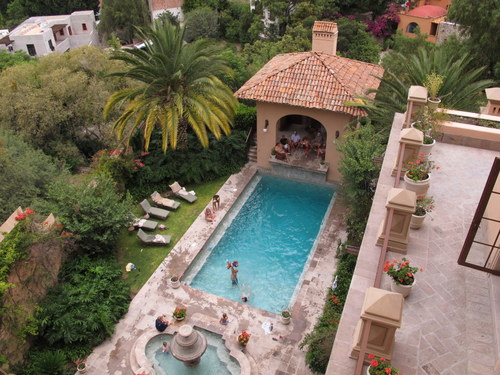 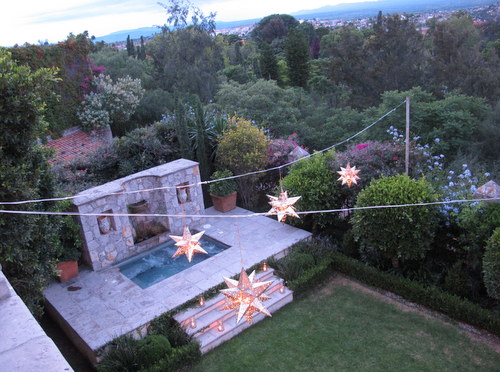 To see what this high-altitude part of central Mexico might have looked like before it was developed, check my photos of its mostly-indigenous botanic garden.