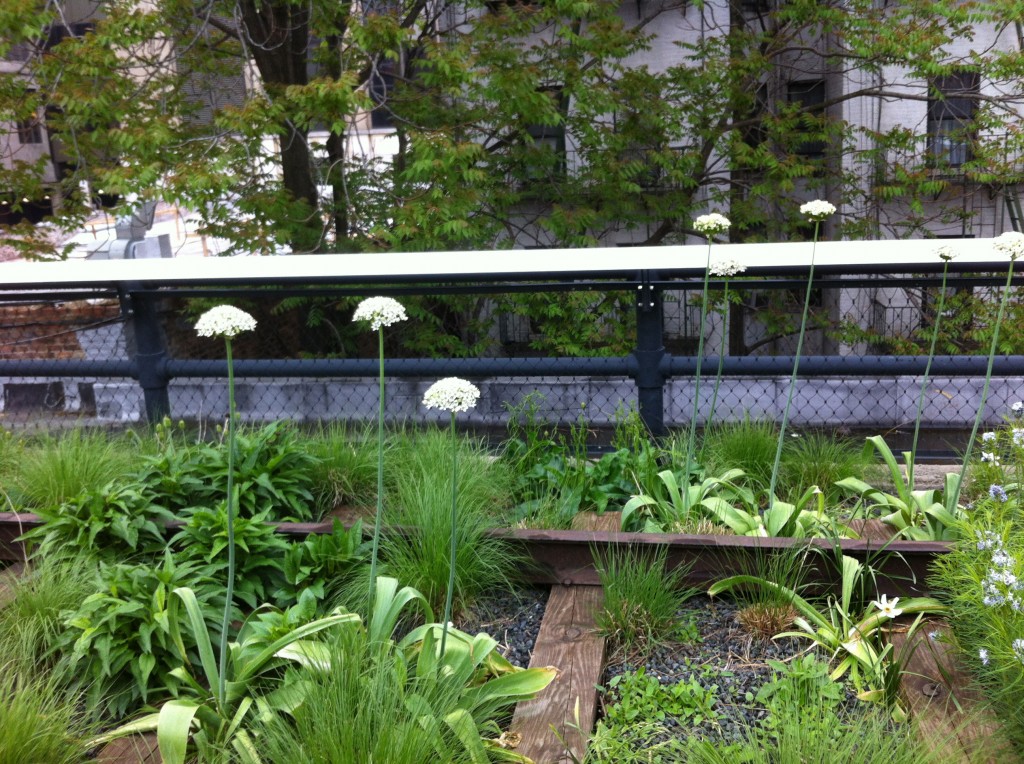 For those of you who haven’t had a chance to visit the High Line yet, I’m sorry to have to tell you that it’s over. Already. At least according to a New York Times op-ed by Jeremiah Moss, in which the writer condemns the West Side elevated park succinctly:

The High Line has become a tourist-clogged catwalk and a catalyst for some of the most rapid gentrification in the city’s history.…

Not yet four years old, the High Line has already become another stop on the must-see list for out-of-towners, another chapter in the story of New York City’s transformation into Disney World. According to the park’s Web site, 3.7 million people visited the High Line in 2011, only half of them New Yorkers.

As an out-of-towner, therefore, my opinion shouldn’t count, but I do disagree with Moss’s negative conclusion while agreeing with many of his points. It’s true that hordes of tourists come to New York; they visit the Statue of Liberty, the museums, the theaters, the Empire State Building, and, eventually, some make their way to the High Line. It won’t be a news flash to anyone that Manhattan is a tourist town—in fact, despite all the money London spent to host the Olympics, the NYC tourism numbers were easily higher during the same two weeks.

The High Line is also blamed for the gentrification of the neighborhood through which it wends:

While the park began as a grass-roots endeavor — albeit a well-heeled one — it quickly became a tool for the Bloomberg administration’s creation of a new, upscale, corporatized stretch along the West Side.

The polishing of NYC’s gritty edges has been going on for some time. Areas of the Lower East Side that were grimy and somewhat dangerous when I lived there in the 80s are now lined with upscale restaurants, shops, and apartments. (In fact, a Low Line underground park has been proposed for an unused trolley terminal below Delancey and Essex.)

Blaming projects like High Line for gentrification is kind of like blaming the egg for the chicken. For Manhattan, that ship has been in full sail for decades—with a fresher gentrification battle going on in Brooklyn and elsewhere. Maintaining diversity in booming cities is a problem, and I suppose the High Line could be used as a symbol of that problem. 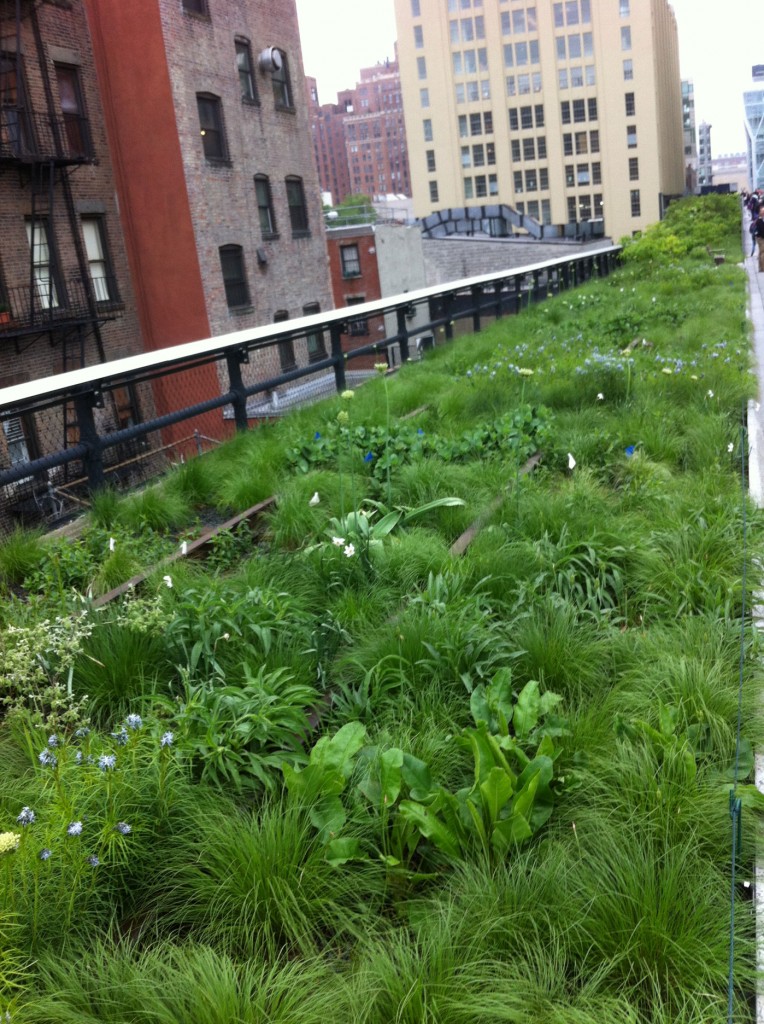 The park was not uncomfortably crowded when we walked it. The experience reminded me—somewhat—of visiting the Christo/Jeanne-Claude installation in Central Park eight years ago. All were there to view the same thing, which had to be walked through to be experienced. There was a feeling of fellowship, as corny as that may sound. The fact that many others were there was expected, and not unpleasant.

I found the High Line to be a perfect combination of my two abiding interests—art and gardening. As a curated wildflower experience in the middle of a city, it presents gardening through the lens of urban existence in an entirely novel design—and vice versa. That’s a triumphant accomplishment. And it’s enough for me.