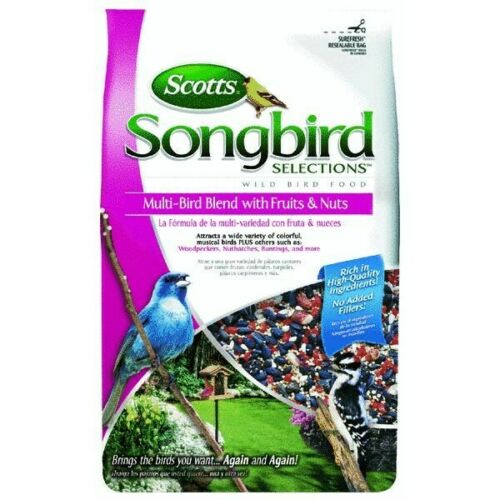 Wow, Scotts is in the news again, with this announcement of their $4.5 million fine for  selling pesticide-laden bird food, and falsifying their EPA paperwork about it, no less.

So, back to the hot topic of Scotts being the National Wildlife Federation’s new best friend, here’s the NWF’s statement defending their relationship with Scotts, whose “commitment to sustainability” they tout.

And here’s the NWF’s FAQ about the partnership, which contains this timely quote:

NWF becomes a key partner in Scotts’ Save the Songbird campaign, a nationwide cause marketing program that addresses the alarming decline in songbird populations which kicked off in New Orleans on January 26, 2012. Over the last several decades, songbird populations have declined at an alarming rate–some by as much as 80 percent in the last 40 years due to lack of sufficient habitats and nutritious food sources. We know our supporters would agree, this is a major threat to wildlife. NWF and Scotts share a concern about the decline in songbird populations. We believe backyard birding offers millions of Americans an opportunity to learn about songbirds and how to protect them. Part of this partnership will include a $1 donation per bag sold of Songbirds Selections NutriThrive bird food to the National Wildlife Federation.

It’s all unfrickingbelievable.  Since this latest announcement, the NWF has taken to removing some of the angrier comments on their Facebook wall, claiming the comments violate their policies.  I’m hardly the first to suggest that removing their entire leadership would be a more appropriate move – in conjunction with severing their ties with Scotts, of course.  Doing just the latter and leaving the organization essentially  unchanged isn’t enough.