Don’t get the Drift (Roses) 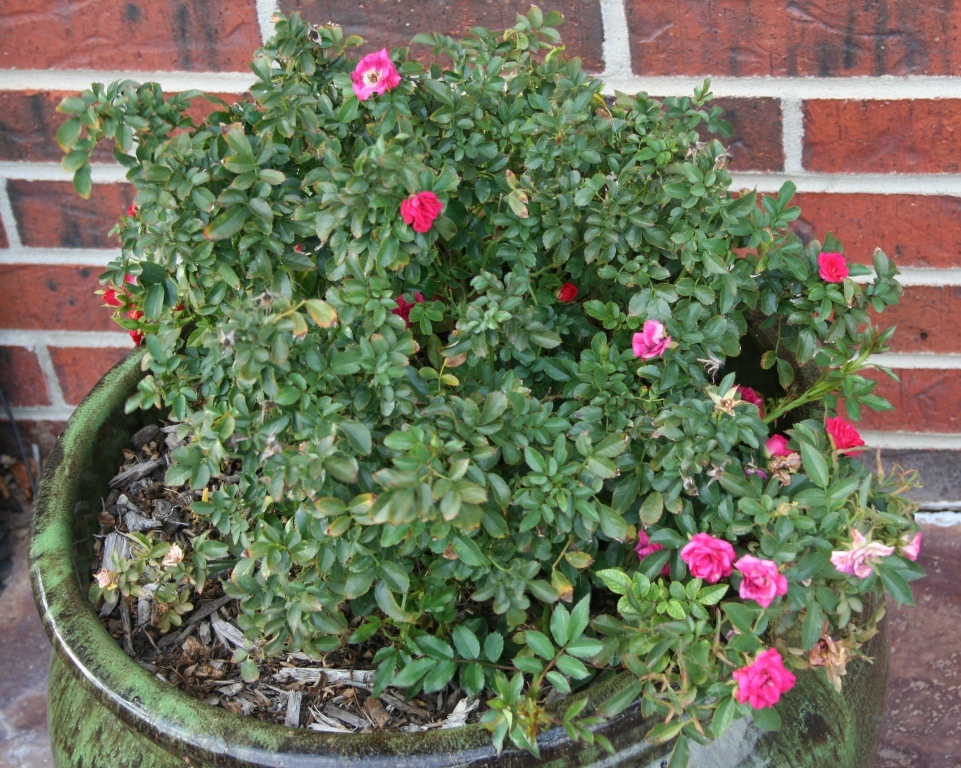 Guest rant from James Roush, a professor of veterinary medicine who blogs at Garden Musings.

Was anyone else seduced by the hype of the Drift® roses this year?  The slogans were enticing:  “From the introducers of the Knock Out family,” and “The Next Big Thing for Small Gardens.”  Well, I might be alone out here on this limb, but even so, I’ll be the first to say that I’m underwhelmed.  Was I biased from the start?  In the interest of full disclosure, maybe a little bit, since I know that while Conard Pyle had introduced the Knock Out roses to commerce, the creator of Knock Out, Bill Radler, is not the breeder of the Drift roses; they came from the lines of French hybridizers Meilland International.

I attended a seminar last spring on these and was told by the speaker that his personal favorite was ‘Peach Drift’.  Despite being a shrub and old garden rose fanatic, I was encouraged enough by his enthusiasm to decide that I’d try one or two out this year, particularly if I could find ‘Peach Drift’—although one-foot tall roses are really not to the scale of my garden.  Perhaps, I thought, a container on the patio might work well? (They are marketed as excellent choices for containers.)

Fortunately or unfortunately it took me a week to start looking and by then the local nurseries had all sold out except for the pink and red varieties.  And they were priced at $30.00 each!  Given a price 50% higher than most potted hybrid teas, and taking into account that ‘Red Drift’ is more double-petaled than ‘Pink Drift’, I chose the red and only purchased one. I put it into a very large container in full sun and gave it more attention than any other plant this summer.

And it is a good thing I only ended up with one, because I’m not impressed at all by my ‘Red Drift’ rose.  You can see it above, pictured at the end of what was admittedly a very hot summer, the leaves a little scorched from all the Kansas sun.  Yes, it seems to be blackspot resistant, but I did have to fight a bout of spider mites with pressurized sprays of water.  It didn’t grow 6 inches in any direction all summer long, despite almost daily watering in the extreme heat and careful attention to fertilization.  And what you see above is the best bloom display I saw all summer, as pitiful as it is.  The lack of bloom was a bit understandable during the heat spells, but I would think that the cooler weather of September would have kicked off a bloom cycle, wouldn’t you?

So, pending further evidence, I’m done with the Drift.  They’re just not enough of a landscape spectacle for me to overlook the fact that the blooms are not individually striking. I’m going to keep the container outside, so by next spring, I will have a strong test of how hardy mine really is.  I also plan to see how these roses did in the garden of a friend who planted 50(!) of them this spring, so there’s still a chance I’ll change my mind. Or maybe not. If you get my drift.