Loving ornamental plants gets you called evil and frivolous 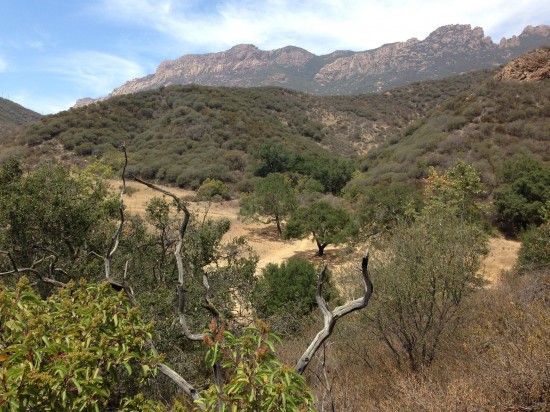 This is the dominant native plant community in Southern California. It is beautiful, but it is not a garden.

I am ruining the world.

Because I practice the dubious art of ornamental gardening.

Yes – I admit it. I have planted non-native exotic species in my garden. I have planted them in gardens of others. I am one of those thoughtless, arrogant gardeners who have a palette that includes plants other than those native to my immediate environs. So, obviously – I SUCK.

I’m wary of invasive plant species. I don’t use plants that are known to be invasive in my area. I’m careful when choosing plants and always consider the specific environmental conditions I am working with when making decisions about what to plant. But sometimes, in the real world, things are not as easy as reading a list and then NEVER using anything that is on said list. More often than not, things are more subtle and more complicated than the simple black and white of “good plant” vs “bad plant”.

There are those who fervently believe that using any plant that wasn’t here before European settlement is BAD. I am not one of those people. I think horticultural xenophobia is as narrow-minded as plain old garden-variety cultural xenophobia (haha – see what I did there? Word tricks!) The responsible use of well-adapted exotics in gardens is a craft that I have worked long and hard to hone, and being able to have a large palette of plants to choose from keeps me flexible and my gardens suitable to the lifestyles of my clients. I try to educate as much as I can, but in the end it is my job to design gardens that look fantastic during the seasons my clients are outside grilling, swimming, playing croquet – what have you. In my particular climate, native plants largely go dormant in the summer. How would you like a landscape that looks lush during winter rains while you are cuddled up inside by a roaring fire, and is brown and crispy when you want to be outside enjoying the blue skies, the fresh air, and a beautiful garden.

Also, what about growing food? To use native plants exclusively limits edible gardening to a degree that I find unacceptable.

I don’t believe in hard fast lines. Don’t get me wrong, I use many native plants in my landscapes, but to limit myself to an exclusively native palette would, for me, be a futile exercise. I just don’t believe that we can recreate a pre-colonization ecosystem. I believe that creating responsible gardens is about making a better world moving forward, rather than trying to recapture some romantic notion of what we think things were before we screwed it all up. Yeah, sure, we’ve screwed up plenty – but making gardens is not a destructive impulse, it is a creative one – one that speaks to hope for the future. We have the advantage of more knowledge about how to garden ethically and responsibly, so please let me use that knowledge and don’t limit me to the restrictive plant palette that fits a narrow idea of what is “correct”. I think anyone who wants to garden exclusively with natives should go right ahead, but don’t get in my way, thank you very much.

I’m not looking to turn back time, I’m looking forward to a world gardened organically, thoughtfully, beautifully, enthusiastically, with both arms opened wide to embrace every beautiful, suitable plant that tickles my fancy. Doesn’t that sound awesome?

*rubbing together evil exotic gardener hands, one eyebrow arched, with a knowing smirk on my lips* 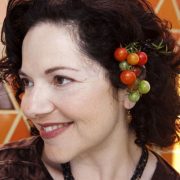