Beach Gardens and my Family Secrets

Recently the weather was too glorious to resist going to the beach for the day, especially since it was mid-week and the kids were still in schools – no crowds!  So off to Rehoboth Beach, DE, where I walked the boardwalk and then rented a bike so I could cruise around and look at the gardens.  Sadly, what I discovered was that of the yards with any landscaping to speak of, 90% of them were dominated by Knockout roses, most of them paired with Nepeta.  Now I’ll confess, even to sophisticated Rant readers, that I’ve grown Knockouts and recommended them to clients, but it didn’t take long to get good and sick of them that day at the beach.  They were almost all red, too. 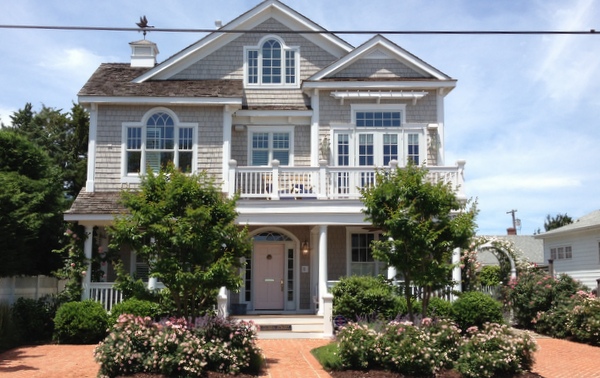 Imagine the scene above multiplied all over town.   At least this landscaper above (I’m guessing a professional) had the good sense to use light pink for a change.

This landscaper used that reddish Knockout I’ve come to dislike but I’m a big fan of the Ice Plant blooming here in purple.  It probably needs no supplemental watering at all. 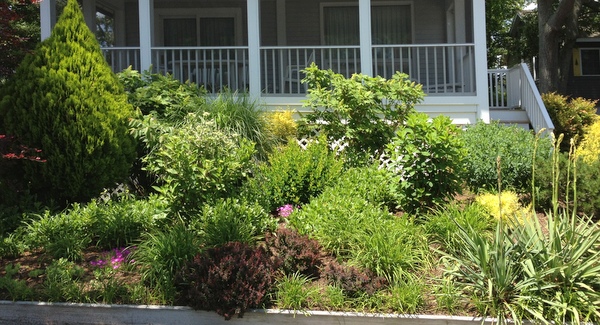 I finally found a front-yard garden that looked like none other, and might even have been designed by the homeowner.  I almost left a thank-you note.  I’m just sorry this shadowy photo doesn’t do it justice. 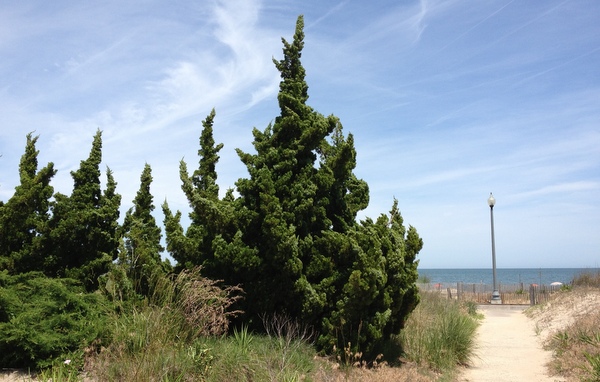 One of my favorite plants for the beach is the architectural and suitably drought-tolerant Hollywood Juniper.  I tried growing one of these once in my former garden and soon learned that deer love them just as much as I do.  For rubbing, not eating, though rubbing destroys them just as quickly. 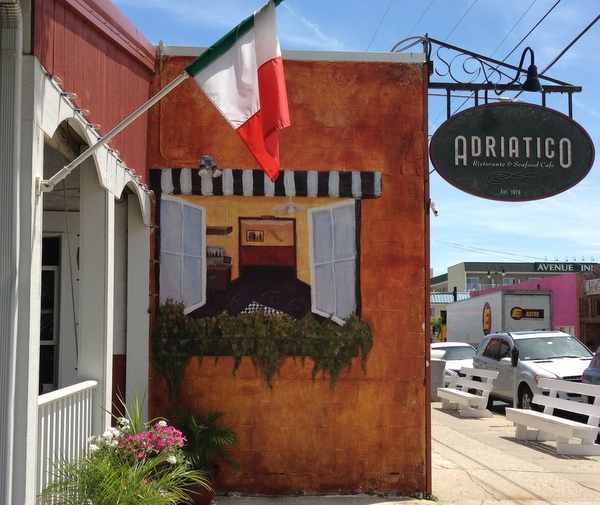 With no room for a garden, these restaurant-owners got creative. 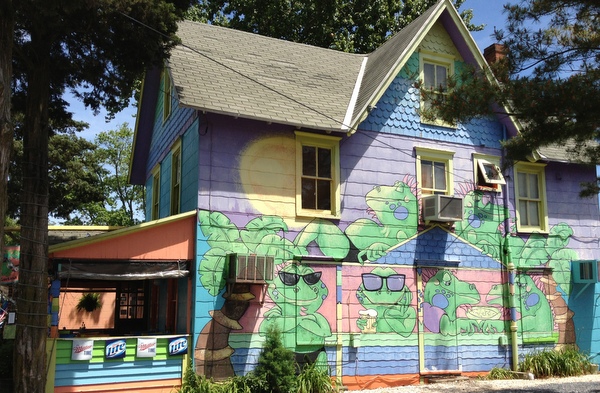 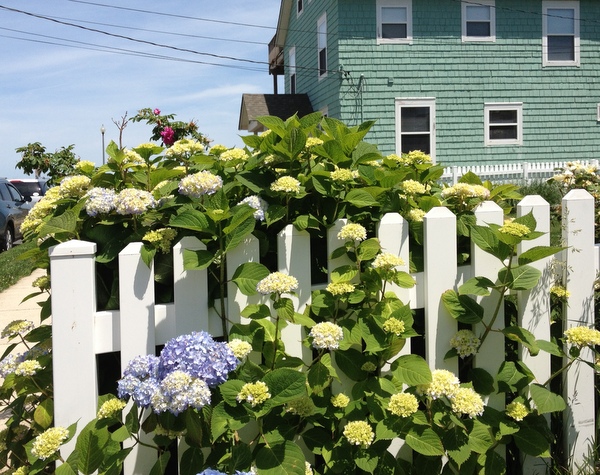 My Childhood Garden in Virginia

Now for a trip down memory lane.  This beach town brought back memories of the one my family vacationed at when I was really young – Buckroe Beach, near Norfolk, VA.  The cottages were small and funky and the only plant I remember ever seeing in front of them was the mophead hydrangea.   So I looked for them in this wealthier, more professionally landscaped Delaware town and finally found just one.  I wonder if hydrangeas are less popular because they need such frequent watering, or simply because they can’t compete with repeat-blooming landscape roses.

The highlight of every trip to Buckroe Beach for us kids was this amusement park, which opened in 1897 and lasted almost 100 years before it was torn down.  It had all the classic American games and rides, even a roller coaster! 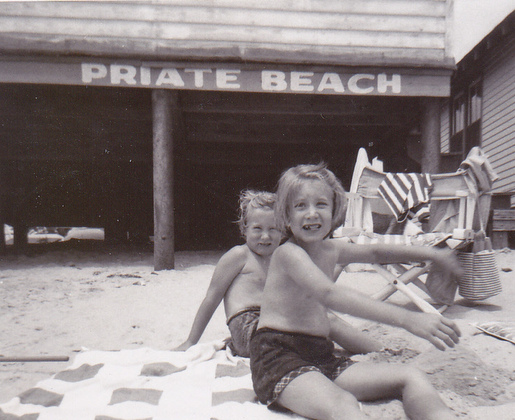 My Great-Aunt Pearl owned a small cottage right on the beach, which as you can see was “priate.”  We thought that misspelling was hilarious, and loved the cottage even more for it.  This photo of my older sister and me was taken in the early 50s, a few years before a hurricane left the cottage in shambles, never to be rebuilt.  The next summer we tried Nags Head, NC for the first time and loved it, though it was too far from our home near Richmond for weekend trips.

Many years later when I was all grown-up my mother gave me one more reason to fondly remember the old family cottage at Buckroe Beach.  She confided with an uncharacteristically suggestive smile that I was conceived right there on the porch, just above the piers and that misspelled sign.  As much as we’re all loathe to think of our parents having sex, this is the exception for me.  Sea air, the lapping of the waves, relatives sleeping in a nearby bedroom, and making a baby?  How could I not love that, or love the beach?