Gardeners, is your Car Filthy from Hauling Stuff? 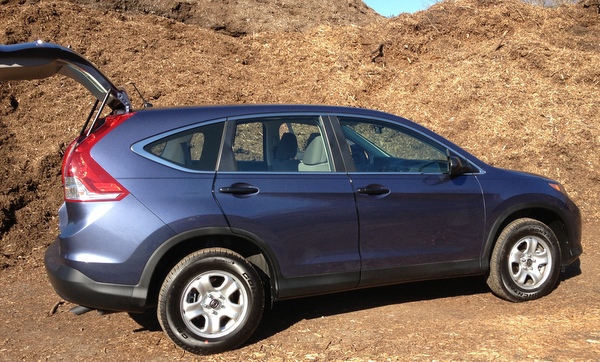 Rarely, if ever, mentioned in gardening literature is the question of how gardeners get new plants and all the other stuff their garden needs home to the garden.  Some cities deliver mulch and wood chips directly to our driveways, but mostly we’re hauling stuff around in our cars.

So my big question is: Do the interiors of gardeners’ cars have to look like crap?  Most garden centers will carefully lay down plastic before loading up our purchases, and that helps, but if you need to haul mulch, as I do regularly, keeping a respectable-looking car gets difficult to impossible.

At least in my case it’s been impossible, or so I tell my occasional passengers.  I’ll never forget the moment my gardening idol, Paul James of course, stepped into my car and declared “Your car is filthy!” and what could I really say?  Because not only was the back, hauling-stuff part of the car dirty, but even the front seat area, where I really had no excuse.

These questions came up for me recently because my 15-year-old Honda CRV died suddenly on the Washington Beltway.  At night.  In the cold.  And I was alone.  That’s the scenario that scares the bejesus out of every D.C. driver I know.  (Bottom line: it went about as well as it could and I feel damn lucky.)

Here’s my filthy 15-year-old Honda, sporting a GardenRant sticker at the top, along with a few other identifiers.

Rather than pay good money to fix the old car, which had been worrying me for a while now (especially when I drove to Asheville last year for the Blogger Fling), I decided to ditch it and buy a new version of the exact same car, shown in the top photo.

The sad thing about that photo of a spanking clean car is that on the very first day I owned it, it’s already there at the local mulch pile, ready for its first load.  Below you see it loaded up with containers on a dropcloth, my attempt at keeping the interior clean. 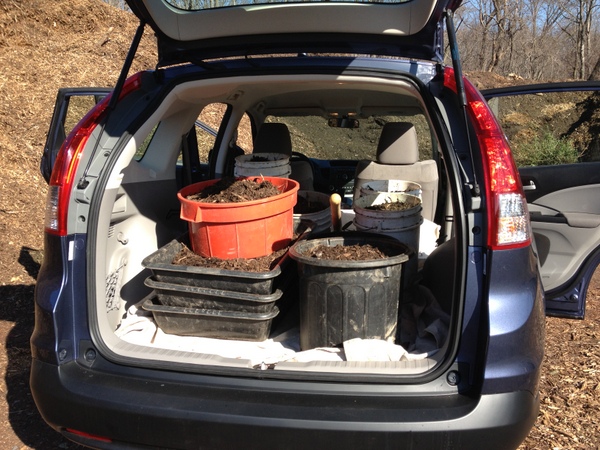 So gardeners, will this work?  Vacuuming the interior after every load is NOT going to happen, though  I just might be willing to have the interior detailed at the dealership when I take it in for its regular maintenance.   What works for you?

Sidebar: What do you Drive?

I’m curious to know what other diehard gardeners use for hauling stuff, whether your own car or something you borrow.  Honda’s smallest SUV has been perfect for not just my gardening stuff but for every piece of furniture and hardware I’ve ever had to move, so my new-car search was pretty narrow: another CRV or the Toyota RAV-4.  The CRV’s mileage has gotten better but it’s still not great, so my car is my biggest source of eco-guilt.