Everyone Furious at National Wildlife Federation! 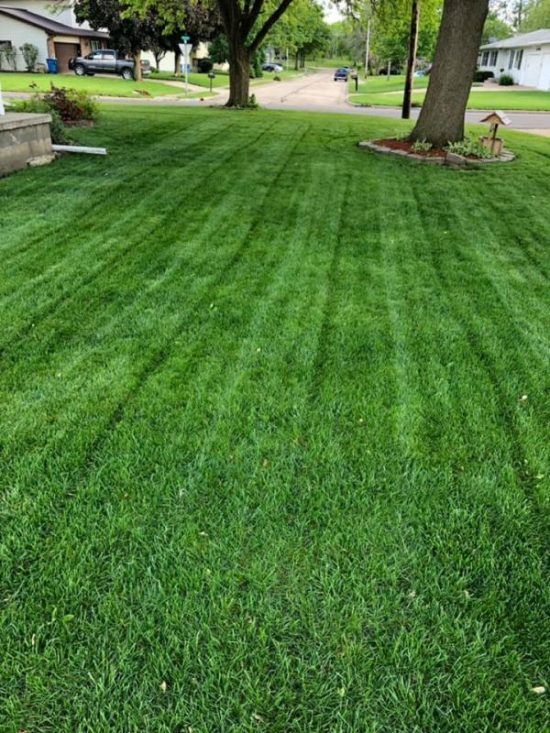 The yard Scotts wants us to have.  No wildlife allowed.

Wow, I’ve never seen so much spontaneous action by gardenbloggers for an important cause as the sh*itstorm that’s erupted over the NWF’s decision to take money from/give greenwashing cred to Scotts Miracle-Gro.

Others have covered this thoroughly, so I’ll send you to them.

On the Native Plants and Wildlife Gardens blog Vincent Vizachero has a good overview, with links to many other blog stories about the partnership.

And DO check out the action on the NWF’s Facebook page!  The commenters are almost unanimous in their expression of anger, and nobody’s mincing their words.  Many are swearing to take down their NWF-certification signs and quit the organization.

First, there’s not a peep about the big news on their NWF in the News page. The press release is here at their Media Center.

NWF people do pop up occasionally on their Facebook page to offer assurances that they’re listening to this feedback, which no one seems to believe.

Carole Brown has been a leader in responding to this issue, and even snagged an interview with NWF spokesman David Mizejewski, in which she quotes him as claiming: “The reason that people are upset is that there has been prejudgment about Scotts.” But Carole’s reaction?  “I wonder. I think we’re probably mostly right about Scotts. But is it possible the real reason we’re so upset is that we’ve been living with a mis-judgment about the National Wildlife Federation?”  Carole provides the audio file in that link, but for the impatient, she has a nice summary of what David had to say later in her post.  Good work, Carole!

SafeLawns’ Paul Tukey has also done great reporting on this partnership and the reaction thereto.  In that link he covers the “awkward” interview with NWF CEO Larry Schweiger by an NWF staffer (full interview here).  Paul’s reaction:

Looking more like a man who will probably be forced to resign soon than someone we ought to trust with our important environmental decisions, Larry Schweiger declared, “I will not apologize for working with Scotts.”

It really does come off as an incredibly interesting case study of an organization that just made the worst public relations move of its career — with little or no skill set in place for spin control. Every time Coyle tried to ask Schweiger about the toxicity of Roundup and weed ‘n feed, the CEO grimaced and said, “We don’t have to agree on everything in order to work together to find answers to the tough problems.”

Time and time again in the interview Schweiger insisted that it was better to deal with this devil, Scotts Miracle Gro, from close range. That way, he said, he can help Scotts become better environmental citizen.

Yet as Tukey points out, Scotts’ CEO is at this moment working hard to have Florida’s recently passed water-protection law overturned (it mandates no Nitrogen in lawn fertilizer).

Scotts-Miracle-Gro doesn’t JUST sell tons of pesticides and fertilizer and promote the overuse thereof.  It also has exclusive distribution right in the US for Roundup, which is owned by Monsanto.  A company that all good greens loathe.

One blogger is not surprised, saying We’ve seen this story before.  He’s referring to the fact that “In 2000, the National Wildlife Federation formed a partnership with oil conglomerate BP/Amoco in which BP gas stations would sell stuffed “Endangered Wildlife Friends” with NWF branding.”  Oy.

And I’m not the only one (by far) who got their yard NWF-certified and came to regret it due to the onslaught of junk mail that followed.  I’ve worked for nonprofits, done fund-raising for them, but never seen anything like the weekly pleas for money from the NWF.  How many stuffed polar bears do they think we need?

And even some of the claims Scotts makes to its products helping wildlife – like their bird seed – are challenged here.

From Carole Brown I learned that Scotts tried to buy the Wildlife Gardens team blog – which voted unanimously to turn down the offer.

On Facebook I found this link to a story about the NWF’s Schweiger being “money hungry” when he was with the Nature Conservancy.

Sue Reed wonders if we’ve been wrong about the NWF all along.

Some are suggesting that disgruntled and disgusted NWF members lend their support to Wild Ones, instead.  I second that.

And I’ve learned that blogging gardeners and conservationists aren’t push-overs when it comes to standing up for the critters they care about.  Great group!

You can still register your reaction, as SafeLawns reports that so many have done:

Many were calling on friends, followers and colleagues to make life miserable for the NWF. It was the kind of tactic that got Earth Day to cave two years ago and rescind the ChemLawn money. Some suggest tweeting a message to NWF on twitter, including @NWF in your message, or calling NWF: 1-703-438-6000 to chat with the organization’s headquarters…

Or you can add to the growing outrage on the NWF’s Facebook page.

Elizabeth here at the Rant tipped me off that “for you tweeters, Monday’s #gardenchat is with the NWF.”

Will the mainstream media pick this up?  As of this morning, the only item in Yahoo News was the original press release, though I did find a story on Treehugger and more will surely follow.  Right?