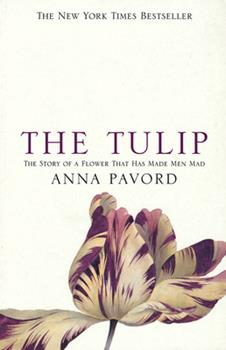 There can be great pleasure in reading gardening advice that has little or no practical relevance for you. That’s why we cherish the British garden writers. From Christopher Lloyd’s tropicals and perennials to Graham Thomas’s roses to Anna Pavord’s tulips, these titles remain the backbone of the literary gardening library. The fact that only a tiny area in the Pacific Northwest comes even vaguely close to equaling British conditions matters not a whit. American gardening anglophilia continues unabated.

Why? It’s simple—the love of gardening seems so much more a part of the British national psyche than it is here. At least it looks that way to us. From the smallest allotment to the most formidably manicured estate, gardening is a widely beloved pastime as well as a refined art form in the UK.

Anna Pavord has been one of British gardening’s voices for well over forty years, as gardening correspondent for the Independent and author of such books as Foliage, The Flowering Year, The Tulip, Bulb, and The Naming of Names.  She remains most famous for The Tulip, which is one of the most thrilling botanical nonfiction titles available to date. Its subject (in part) is flower obsession, which explains its continuing popularity. A good gardener is almost invariably an obsessive gardener.

Pavord reveals more of her floral obsessions as well as some fascinating observations that have nothing to do with gardening in The Curious Gardener (Bloomsbury, 2010), which has 12 chapters, one for each month of the year. Each chapter contains 6 essays previously published in the Independent, with a list of tasks for that month at the end.

This is vicarious gardening at its most carefree. According to Pavord, in February I should be feeding herbaceous borders, winter-pruning wisteria, mulching between certain perennials and performing a host of other (mostly) unpleasant sounding tasks. That won’t be happening. I’ll be enjoying Pavord’s strictures by the fire, as my February garden rests under its billows of white.

Although the lists of tasks are interesting, the essays are the satisfying meat of the book. Sadly few newspapers in the U.S. even bother with garden correspondents now, much less anyone this good. Not since Henry Mitchell’s death anyway.  I would love to open my newspaper and read statements like:

“Only fools view their gardens in monetary terms, supposing that any amount spent on hard landscaping must automatically be grappled back into the asking price of their houses. The real point of a garden is to increase the value of our lives.”

“There’s hope in daffodils. That’s a dangerously fragile commodity at the best of times, but now is the season to indulge it.”

As I read these observations, drawn from a garden 4,000 miles away, I am not taking notes or worrying that my results will never fulfill my expectations, no matter how hard I work and how much money I spend. I am recognizing another gardener and affirming—once again— gardening’s importance.