What’s Invasive? Telling People What They Can’t Plant In Their Yards 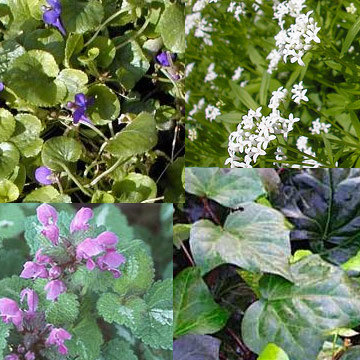 That plant is aggressive. It gets really big. It elbows out neighboring plants. It spreads all over and covers a lot of ground in a hurry.

My country yard.  So arrest me.

A civilized society behaves like my urban neighborhood in Saratoga Springs, NY, where the neighbors don’t entirely understand why I have hens, but put up with the squawking and even give me a friendly hello in the morning anyway out of a general spirit of tolerance.

The Center for Invasive Species and Ecosystem Health at the University of Georgia even includes hemerocallis fulva, the orange roadside daylily, on its list of problems. Hemerocallis fulva is just so graceful, with its long stems and small, cheerful upfacing trumpets, that it makes driving around my part of the world in July a total joy, and I hate driving.

One of the great delights of a country landscape is the naturalized plants like these that thrive by themselves and form a piquant bridge between the wild and the cultivated. But nothing that is not at least a little thuggish naturalizes.  Should our world therefore be nothing but weeds and overbred, super-fussy garden plants?

Naturalized daylilies are easily controlled by mowing if they get out of bounds. I’ve got them everywhere in my yard, and have noticed no spreading whatsoever. This is not purple loosestrife, which when established, simply cannot be pried out of the ground–not in my part of the world, at least.

Take a look at this list of herbaceous plants reported to be invasive. It includes all kinds of old-fashioned garden plants like hollyhocks, geraniums, several veronicas, lilies of the valley, even several clovers. I don’t know how aruncus dioicus escaped censure, since it’s seeding itself everywhere in my yard. Isn’t every plant that grows easily from seed potentially invasive?

Maybe you consider this list informative.  To me, it suggests a profound paranoia and lack of trust. It is the product of a culture I don’t want to join.

Here is how the Center for Invasive Species And Ecosystem Health defines the problem: “Invasive species, if left uncontrolled, can and will limit land use now and into the future.”

Exactly right. That control is called gardening. So the problem is not the plants, it’s people who neglect their land. But nobody who is reading this site is neglecting his or her piece of property.

So can’t we just be adult and admit that, as Michael Pollan pointed out in his brilliant first book Second Nature, the battle for an ungardened landscape has already been lost?

We’re not going to restore our pre-Columbian ecosystems, no matter what, for myriad reasons, including the size of our population and all that carbon we’ve been spewing into the air since the Industrial Revolution. The plants that are native to your area may well be struggling because of all the things we’ve already done to our environment, so planting “natives” may well mean planting something native to another ecosystem anyway.

Can’t we instead be as civilized as your average Parisian mutt and stop barking at each other?  Let’s face it, unless you have a staff of half a dozen taking care of your yard, every garden needs at least a few thugs just to take up room and do what they do best, which is add a brutal vitality to the scene.