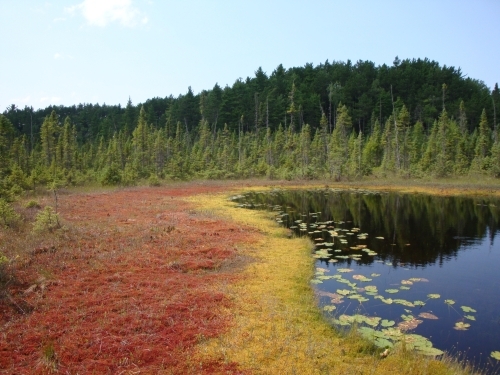 I asked several gardeners these questions after a lecture I gave in Connecticut a while back. Here are the results of my informal poll.  Fifteen out of 20 people did not know what peat moss was, including the manager of a garden center. (He thought it was the same as homemade compost.) Perhaps more surprisingly, seven out of the 20 people did not know what peat moss is supposed to be used for (although they all bought it). One person said her husband spread it on their lawn. Most of the gardeners suggested that peat moss was a mulch to put on top of the soil.

Peat moss is the partially decomposed remains of formerly living sphagnum moss from bogs.  Because it’s nearly impossible to rewet once it’s dried, it repels water and makes a terrible surface mulch.  As a soil amendment, which is what the baled product is mostly sold for, peat moss is also a poor choice.  It breaks down too fast, compressing and squeezing air out of the soil, creating an unhealthy condition for plant roots. Peat moss can be a useful growing medium for containers, however, when lightened with a drainage material like perlite.

The biggest problem with peat moss is that it’s environmentally bankrupt.

Peat moss is mined, which involves scraping off the top layer of living sphagnum moss. The sphagnum peat bog above the mined product is a habitat for plants like sundews, butterwort and bog rosemary, as well as rare and endangered animals like dragonflies, frogs and birds, not to mention the living moss itself.  Despite manufacturers’ claims that the bogs are easy to restore, the delicate community that inhabits the bog cannot be quickly re-established.  Yes, peat moss is a renewable resource, but it can take hundreds to thousands of years to form.

And there are archeological reasons to preserve peat bogs.  In the acidic moss below the living layer, wooden artifacts of people who lived long ago survive, even the remains of the people themselves.  CO2 is also preserved – trapped in the moss, but released into the air when mined. In fact, peat bogs store about 10% of all fixed carbon.

In the U.S., peat moss is almost exclusively used by the horticulture industry. 40,000 acres of sphagnum are currently being harvested in Canada, with 90% of the product destined for gardens in the U.S. In the U.K., where peat moss is burned as fuel, as well, nearly 94% of the lowland bogs have been altered or completely destroyed due to harvesting.  And most of our peat is shipped hundreds of miles, often when it’s wet and heavy, which adds further to the fuel required for shipping. 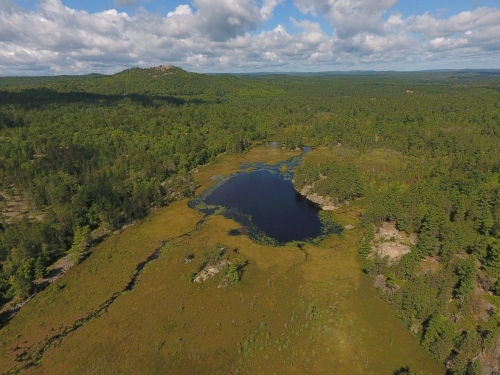 Many conservationists, gardeners, and wetlands scientists in these countries have recommended a boycott of peat. The Royal Horticultural Society hopes for a 90% reduction by 2010.  Areas in Ireland have already banned the harvesting of peat moss altogether.

Producers in both Canada and the United States maintain that they never cut sphagnum faster than it grows, and leave behind enough peat to ensure regeneration. The Canadian Sphagnum Peat Moss Association claims that peat-moss operations keep the bogs from being drained for development, that five to ten years after harvesting, the bog will be a “functioning wetland” again, and that after 25 years, 90 percent of the original flora will grow back.  I have my doubts. Some wetlands scientists point out that a managed bog lacks the biodiversity of the original bog.

In a development at the center of the gardening world, Monrovia Growers has just introduced a new line of bagged “soil” which contains peat moss.  That’s according to their press release about the products; the word “peat” never appears on their website.

Though gardeners seem to have been programmed to buy peat and are as loyal to the product as some car-buyers used to be about their beloved Pontiacs, there’s simply no need to use it. Chopped leaves make a much better and more attractive mulch, and compost is superior as a soil amendment.

If only more Americans could be encouraged to compost.  If only corporations started  their own composting facilities, and if only more municipalities got serious about composting. 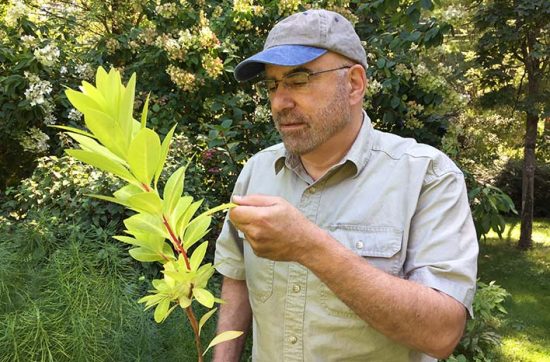 In addition to homemade compost, I use coir, a byproduct of the coconut processing industry.  (Here’s one reliable source.) This formerly discarded material can be shipped completely dehydrated – very lightweight – which reduces its energy requirements for transporting.

What do other organic gardeners think about peat moss, coir, or about Monrovia’s new products?