The world according to Felder Rushing 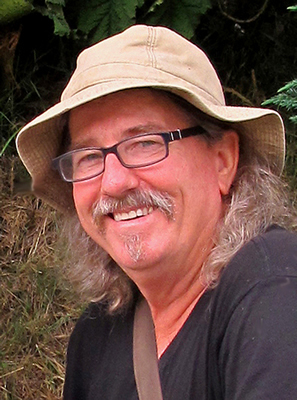 Garden writer/popular speaker/urban horticulturist Felder Rushing also has a famously quirky garden in Jackson, Mississippi. There are 450 different species of plants and lots of “yard art”. There’s no turfgrass at all, but lots of “people places.” The photo above is the view from the street and below is the view from in Felder’s home looking out toward the street.

I heard Felder speak at Lewis Ginter Botanic Garden recently and took furious notes about his gardening style and philosophy.  Some highlights: